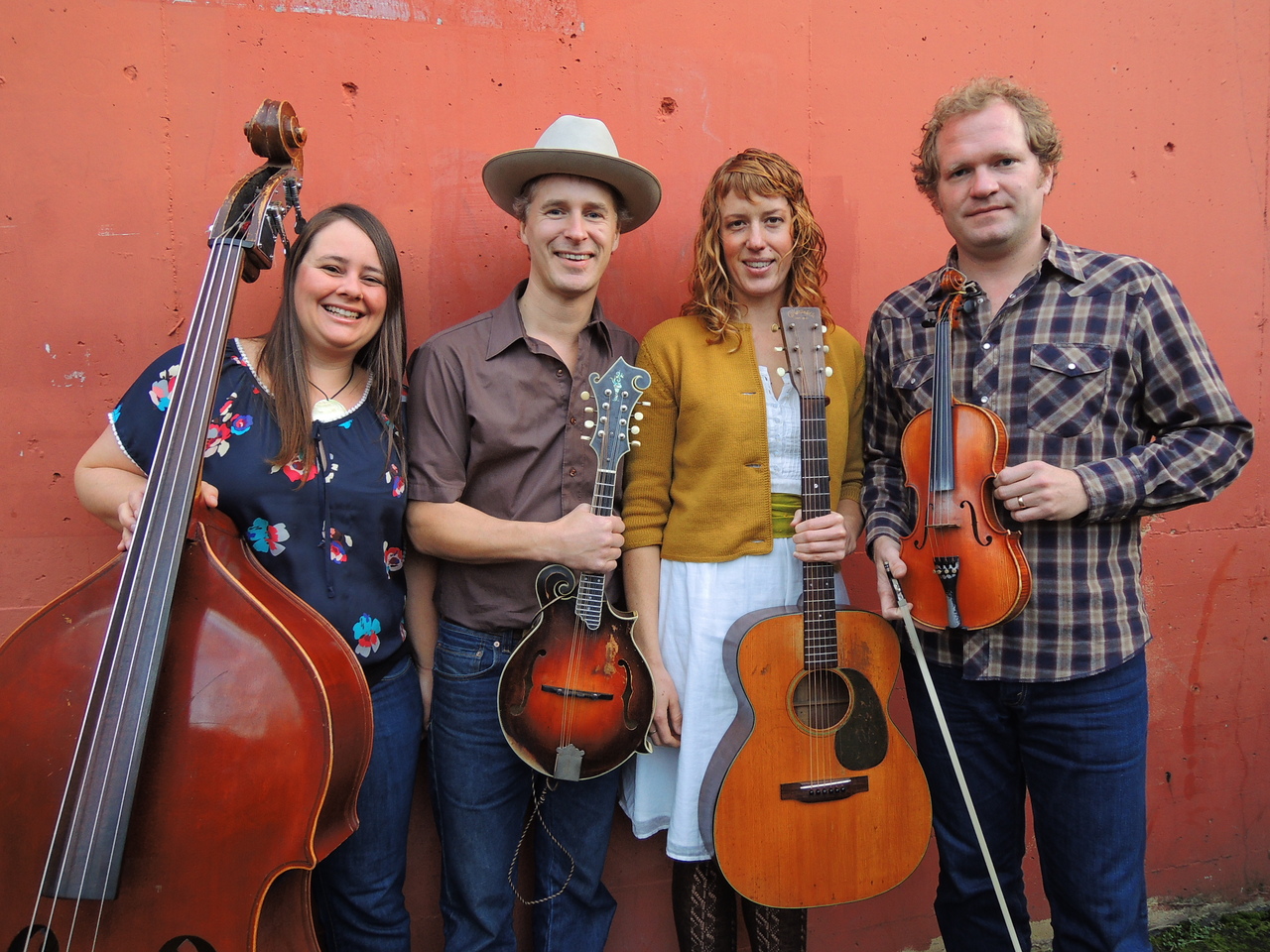 Join us for a night of Bluegrass & BBQ with The Foghorn Stringband playing their “Hard Hittin’ Rural American” music!

The sound of the Portland, Oregon’s Foghorn Stringband could have come barreling through the grille-cloth of those big console radios in the living rooms of the 1950’s, when the traditional sounds of rural America were still on the minds of young musicians transferring the old-time music to a distinctively modern age. Their tight instrumental work and line-up – fiddle, banjo, mandolin, bass and guitar – is reminiscent of early bluegrass, but their powerful approach is whole-heartedly old-time, centered largely by the fiddle. Devoted to the interpretation and performance of American stringband music, their style encompasses early country music, the fiddle repertoire of the Southern Appalachians and the Midwest, and the stringband sounds of the Piedmont region.

All Tickets are General Admission
$15 in advance until 3:00 PM on the day of event
$20 at the door
Children: 12 years and below are free when accompanied by an adult