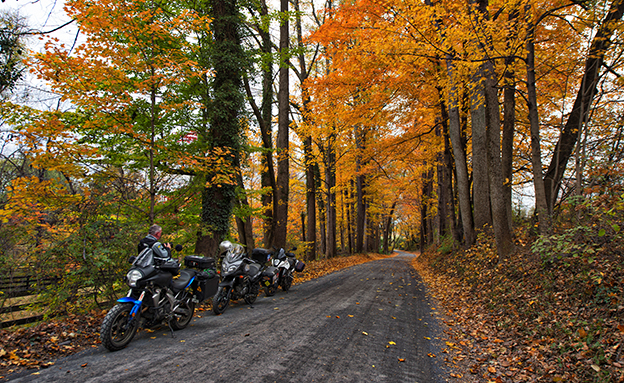 Loudoun County’s 300-year-old rural road network has received significant recognition as a valuable historic asset. In June, the Virginia Department of Historic Resources (VDHR) declared the roads officially eligible for listing on the Virginia Landmarks Register and the National Register of Historic Places, at its quarterly meeting of VDHR’s State Review Board.

The usual historic site gaining support from VDHR is a building, a battlefield, a structure or set of structures with a specific role in historic time periods, or the lives of residents. The concept of determining an entire network of hundreds of miles of roads eligible for the high state and national honor was quite novel for the state organization. There was little precedent in Virginia and around the United States, though in 2002, one section of the old roads, in southwestern Loudoun, was declared a County Historic District by the Loudoun Board of Supervisors.

In May, Preservation Virginia listed the roads on its “Most Endangered Historic Sites” list for 2020, but the designation by VDHR demonstrates the value the state puts on these roads as a “living museum” with three centuries of history woven into the twists and turns of these humble byways.

VDHR’s determination that the road network is eligible for listing on the Virginia and National Registers of Historic Places required clear demonstration of both their historic significance and physical integrity.

Professional preservationist Jane Covington, who has generated many successful applications for State and National Register listings in Loudoun (including most recently the placement of the village of Willisville on the National Register), led the effort on behalf of America’s Routes. America’s Routes (as reported on in the Autumn 2019 issue of Piedmont Virginian) is a local group dedicated to celebrating Loudoun’s rural roads and cultivating their appreciation as an historic asset. 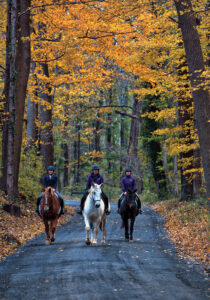 Covington’s several years’ long work with the VDHR staff was based on careful and extensive research, building a clear case for the network’s historic significance and physical integrity. The document approved by VDHR demonstrated the crucial role the road network had in our migration, agricultural and cultural patterns of life in Loudoun’s three centuries of history.

As Covington’s submission indicated, Loudoun’s old roads pre-date America, carved out of the hilly terrain by early settlers who built prosperous agricultural communities. Terrible wars, slavery and the struggle for freedom, the coming of the automobile, and the modern era of commuters living side by side with farmers, all make the history embedded in the roads the tale of a very American experience.

Further, her research clearly showed that despite generations of grading, repairs, and adjustment the routes and alignments of Loudoun’s old roads still authentically capture their long history of supporting the county’s communities and economy.

According to Covington, “Loudoun County’s 2019 Comprehensive Plan acknowledges the importance of the county’s historic roads to the character of the rural landscape of western Loudoun.” She notes that the Comprehensive Plan recognizes their importance for recreational use by walkers, bicyclists, and equestrians. Local elected officials have expressed their support for America’s Routes’ effort to highlight the roads’ historic value and garner support for their preservation. “Now, more than ever,” she says, “this unique feature of our county combines our need to celebrate history with our need for useful recreational spaces.”

The need for these gravel roads to function as part of a transportation network in the 21st century has highlighted the quandary of how to preserve them as authentic historic assets without succumbing to the demands for high-speed travel. Of the 700 miles of public roads in western Loudoun’s Rural Policy Area, more than one third are unpaved. The roads are under pressure from increasing traffic, but VDOT is experimenting with new materials and techniques to help preserve them and provide safe and reliable transportation.

As Covington stated, “This recognition bestowed by VDHR may help ensure their future.”

The work of America’s Routes to document and celebrate Loudoun’s rural roads is ongoing.  See the website (americasroutes.com) for information on its continuing initiatives.  Donations are tax-deductible.