War in the Chesapeake: The British Campaigns to Control the Bay, 1813-14 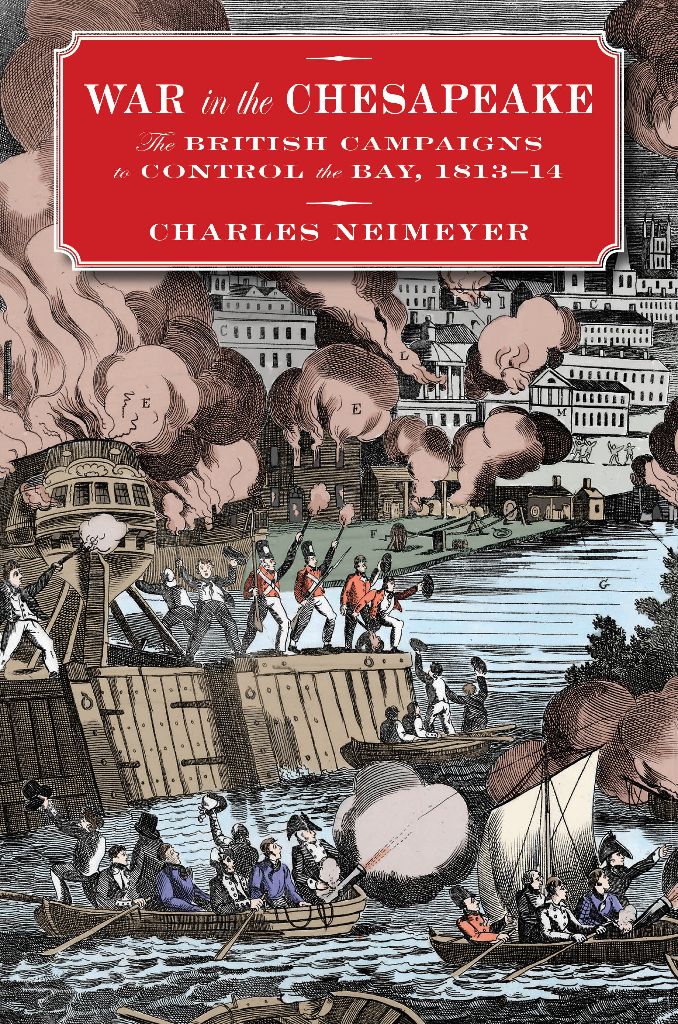 With Charles Neimeyer: When President James Madison declared war against Britain in the summer of 1812, the United States of America was far from united. Despite Britain’s trouble with Napoleon, the decision to go to war with a superior military power was bold, and it could have been disastrous. War in the Chesapeake tells the story of the British campaigns of 1813 and 1814 and provides valuable insights into the courage and incompetence from both of the warring parties. By the summer campaign of 1814, the British had trounced the Americans at Bladensburg and burned Washington, DC. British leaders, Vice Admiral Sir Alexander Cochrane and Major General Robert Ross, did not expect any other strong resistance after these quick victories. However, the Americans shocked the British with a stalwart defense at Fort McHenry and achieved a historic American victory. War in the Chesapeake tells the stories of naval leaders like John Rodgers, Stephen Decatur, and Major General Samuel Smith, whose leadership at Baltimore was decisive and masterful. It provides a look back at the operations leading to one of the most famous nights in American history, the defense of Fort McHenry. Charles Neimeyer’s work shows the significance and power of American courage in the face of adversity, and War in the Chesapeake is a comprehensive study of the young U.S. Navy’s performance during the War of 1812.
Charles P. Neimeyer is currently the director of Marine Corps history and the Gray Research Center at Marine Corps University, Quantico, Virginia. Prior to coming to Quantico, Neimeyer served as dean of academics at the Naval War College and the Forrest Sherman Chair of Public Diplomacy in Newport, Rhode Island, as well as vice president of academic affairs at Valley Forge Military Academy and College. He also served as a history professor at the US Naval Academy and the University of Central Oklahoma. He is the author of America Goes to War: A Social History of the Continental Army, 1775–1783, and The Revolutionary War. Books will be available for purchase.
Programs sponsored by Thomas Balch Library are held in the downstairs meeting room and are free unless otherwise noted.  Due to limited seating we recommend registering in advance by calling 703/737-7195 or emailing us at balchlib@leesburgva.gov