Is there a hidden world of spirits roaming Culpeper’s historic district?

If ghosts exist—45 percent of the U.S. population believe they do—the shops and restaurants on Davis Street might be good place to starting looking. But be forewarned, owners and employees appear to have a greater chance of encountering them than the clientele. Proximity deepens relationships.

Ground zero in the world of Davis Street spirits may well be the building at 195 E. Davis Street, which dates to 1790. Today it is the locale of Grass Rootes restaurant. 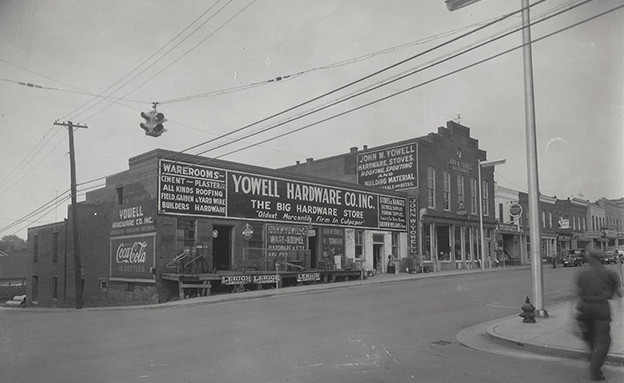 195 East Davis Street may well be ground zero in the world of Culpeper spirits. Courtesy of the Museum of Culpeper History

A host of humanity has lived, worked, and some likely died under its roof, making it an exceptional location for encountering spirits from beyond.

The owner of Grass Rootes is Andrew Ferlazzo. He purchased the restaurant in February 2016 from Peter and Karen Stogbuchner, who operated it as the Hazel River Restaurant for 17 years. After five months of restoration, its opening was the highlight of his three decades of restaurant work.

“I wanted to be in this building since I was 13 years old,” Ferlazzo said. “I went to my senior prom dinner in this restaurant, then called the Davis Street Ordinary.”

A resident of Culpeper County, he and his wife are raising two girls, ages 10 and 15, in the place he loves. Owning and operating a restaurant in the historic building brought his career dreams to fruition.

Stories from the Past 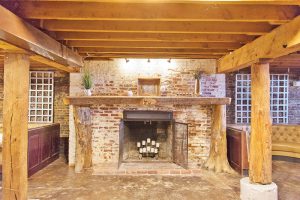 The downstairs fireplace heated the jail section of the historic building. When owner Andrew Ferlazzo gives tours of the area many guests state they get a “really strange feeling when they’re down there.” By Jaclyn Dyrholm

After the restaurant changed hands, Karen Stogbuchner suggested she share with Ferlazzo her experiences before he opened to the public. “I knew about the stories. Everybody on Davis Street knows the stories. A lot of proprietors talk about their ghosts. All the buildings are old. There’s no need to talk,” he assured her.

Ferlazzo characterizes his initial attitude as closed-minded. He had never been exposed to anything like what he was about to experience in his new eatery.

Within a few weeks, the new owner and skeptic, however, had a change of heart. “What’s going on here? What do I do?” he asked Karen. The doubting Thomas had become, if not a believer, a more open-minded restaurateur.

And what was he encountering? “There was an energy in the building that began as little things like singing, laughing, and chains or keys rattling against a wall. Then wine bottles began flying across the room. Not once, but on several occasions. Boxes moved across the floor and plates spun while sitting on a table,” he said.

“I can’t explain it, but every staff member has had similar experiences. A flying wine bottle was seen simultaneously by five staff members on one occasion.”

The incidences continued to the point at which the owner was beginning to question his own reality. “I was fearful in the beginning. I thought I was losing it.” 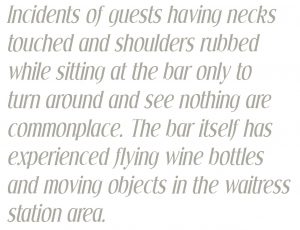 One startling incident occurred when a staffer came to him in tears on a busy night claiming a young African-American girl was in the bathroom singing. When he went to investigate there was no one there. The young bus waitress resigned.

And what was Karen’s advice? She counseled that he should announce himself when entering an empty room or going down the staircase to the bottom floor. She further suggested thanking the spirits for letting him work in the building.

In short order, the scary encounters became more fun than terrifying. Today the owner still employs the dialogue tactic to settle not only his nerves but also, apparently, those of his unseen guests.

Ferlazzo’s executive chef, Kevin Scott, reinforces the stories, saying, “I’m not sure what ‘ghost’ means, but I’ve repeatedly seen shadows moving against the wall in the basement when there was no sunshine down there.”

It’s his belief the heavy paranormal activity erupted soon after they began working in the building because it had been empty for months. “I think they were kind of lonely. Nobody had been here and we woke them up, surprised them,” Scott said.

The most alarming thing he has observed was a 300-pound mixer sliding off a counter when no one was near it.

Three separate paranormal groups have conducted investigations in the building since Ferlazzo’s purchase. The groups are sometimes deemed pseudoscience practitioners by nonbelievers, but, not surprisingly, they have confirmed what the owner and his staff have seen or heard.

Typically, these groups use a host of equipment such as electrom 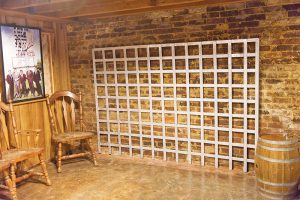 The original steel gates that housed prisoners in a cell during the Civil War are displayed in the restaurant. The gates confined both runaway slaves and deserting soldiers from both sides of the conflict. By Jaclyn Dyrholm

All the groups have targeted an alcohol storage room in the basement as one center of ghost presence in the building; employees confirm a strong energy emanating from the room. One group identified it as an angry, black Civil War soldier.

In the hard evidence world of investigative science, no scientific body has ever been able to confirm the existence of ghosts. Nonetheless, graphic descriptions and multi-witnessed occurrences continue to intrigue and excite those who have seen or heard what they think are apparitions.

Since ghosts imply history, it’s no surprise the previous owners echo the same stories Ferlazzo has encountered over the last year. The Stogbuchners’ 17 years of experience simply mirrors what is happening today.

“From the beginning I could always hear my name,” Karen said. “I’d turn around and nobody would be there. At first we had four or five ghosts in the building. I couldn’t tell the differences in personalities.”

Like Ferlazzo, the Stogbuchners allowed several groups to probe the restaurant during their ownership. Then a group called Twisted Paranormal conducted an in-depth investigation. 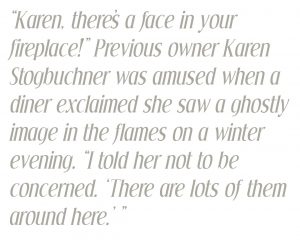 The focal point of the group’s visit was a flashlight session that taught the owners how to communicate with their ghosts. The key was the use of a Mini Maglite flashlight. The flashlight was placed on a table and positioned in the middle of the on-off switch. With a slight a twist it would come on, but was delicately turned off to start the dialogue.

A series of “yes” and “no” questions were then posed to the spirits. If any of the ghosts wished to communicate, the light would surge on, brighter than possible through its conventional use.

“It was an amazing experience because I could finally talk with my ghosts. Peter would come and take the flashlight apart and say something was wrong with it,” Karen said.

In 2014, a German man, Burkhard Reike, conducted an extended investigation into the flashlight phenomenon and concluded that an energy leak in the flashlight in the half-on/half-off position caused the reflector to expand and make electrical contact, turning the light on but brighter than normal. It would then overheat the reflector and switch it off. As it cooled, the energy level rose again, triggering the light to go back on.

Notwithstanding his findings, all of the ghost contacts over the last two decades remain unexplained.

Karen contends that between 75 and 100 ghosts dwell in the building. To underscore that possibility, it’s said that a roof collapse long ago caused the deaths of many people.

Like Ferlazzo today, the Stogbuchners had no fear of the spirits they’ve lived with for so many years. “I felt safer with them there. I felt like they had my back. Like they would protect me if anything would have happened,” Karen said.

As we approach another Halloween, the apparent vibrant spirit life of Davis Street thrives and, shall we say, lives on.

Science simply hasn’t yet marshaled the technology to confirm or deny the reality of ghosts. And therein lies the magic and mystery of the beyond—throughout the world, and in one small building on Davis Street.

Grass Rootes opened in the spring of 2016 with the goal of serving incredible farm-to-table cuisine with local influence in the oldest commercial building in Culpeper.

Culpeper traces its history back to George Washington, who was commissioned to survey and plot the town in 1749. The north side of Davis Street was designated as the public square which comprised the colonial jail, original courthouse, stocks, whipping posts, and Plot 35.

The first documentation of any structure on plot 35, where Grass Rootes now stands, is a deed of sale in 1790 to Thomas Reade Rootes. T.R. Rootes was a distinguished Virginia lawyer and later a member of the House of Delegates.

Since its construction, the building has been used to house various businesses such as a tobacco warehouse, stables, a tin shop, a Civil War-era jail for both Union and Confederate deserters, a slave jail for runaways, and, during the 1900s, a hardware store. It has survived two fires and a major earthquake. It is said that the spirits of soldiers and slaves still remain within the building’s walls.