Jim Reston’s Galileo’s Torch, which inaugurated John Henry’s amphitheater in June 2014, is returning to Rappahannock County as the featured event of the Castleton Festival with three weekend performances, this Friday through Sunday! (Purchase your tickets by clicking here!)

Unlike its premiere, this is going to be largely a professional production with a cast of notable actors surrounding Judge David Tatel as he reprises his role as the Grand Inquisitor. This is a musical performance that blends scenes from the play with the music of Linn Barnes and Allison Hampton on lute and harp. It’s also notable for the fact that Dietlinde Maazel will direct.

“Galileo’s Torch had its premiere on a lovely early June evening in 2014 at John Henry’s spectacular amphitheater at Stone Hill on the Crest Hill Road. Since then the play has had six subsequent productions —at the Italian Embassy in Washington, Martha’s Vineyard Playhouse, the University of Oklahoma, and the Folger Shakespeare Theatre in Washington.

“In each of these performances the play has evolved. Scenes have been added and discarded. Period music has been introduced to set the tone of the Renaissance. Different stagecraft and elaborate projections have further enriched the environment of the stage. This is a dynamic piece. 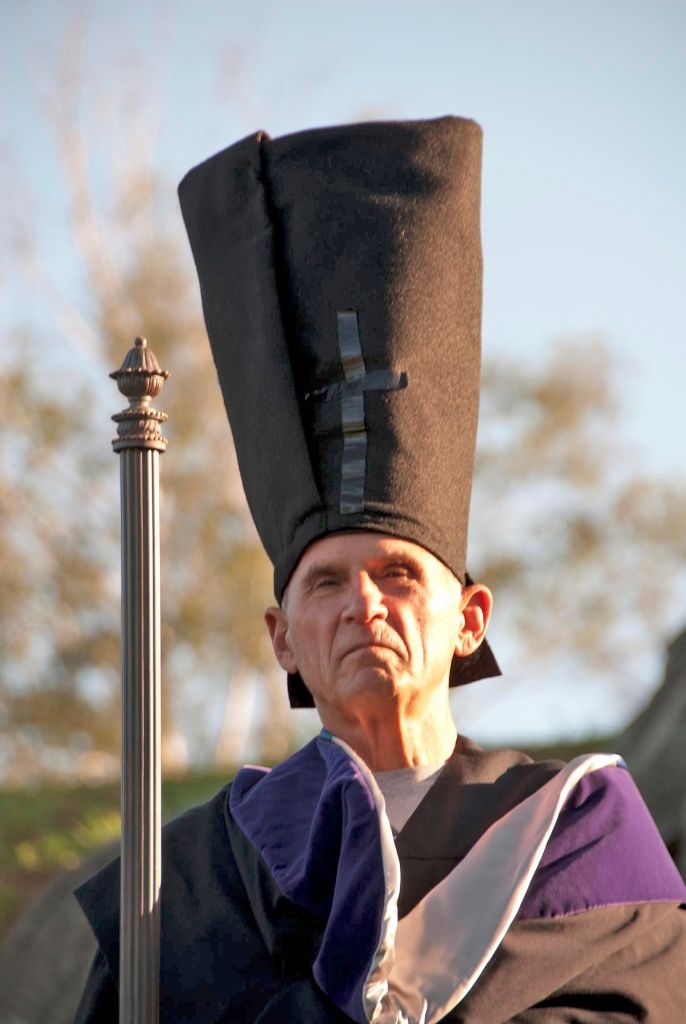 “But for all these refinements the core of the play remains the same. Galileo’s Torch is about one of the great tragedies of history: the crushing of the great scientist for advocating the Copernican theory of the universe in contradiction of Roman Catholic geocentric dogma. The interrogation of Galileo by the Grand Inquisitor in the play comes from the actual transcript of the four inquisitional sessions that I discovered in Rome when I was researching my biography of Galileo. [Galileo: A Life, 1994].

“The Castleton production affords me another splendid opportunity to explore the possibilities of this drama. I’m thrilled that Dietlinde Maazel agreed to direct. We have a superb cast of prominent Washington actors, led John Lescault in the title role as Galileo. Judge David Tatel reprises his role as the Grand Inquisitor after his bravura performance in the play’s premiere. Weston Vrooman, a wonderful Sagredo in the Oklahoma show, comes from Tulsa. The acclaimed duo, Linn Barnes (lute) and Alison Hampton (harp), well known for their Christmas concerts at Castleton, provide the music.

“As the novelist Howard Jacobson wrote recently in the New York Times about Shakespeare plays, ‘we might enter the theater in rash spirits, but we leave it consumed in thought.’ May it be so tonight.”