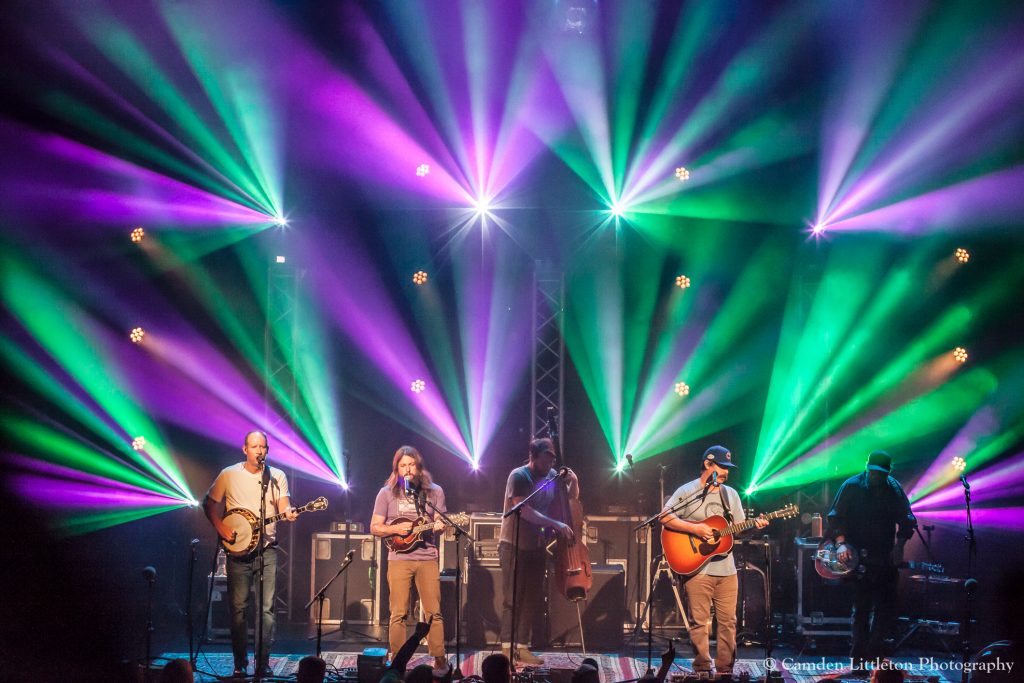 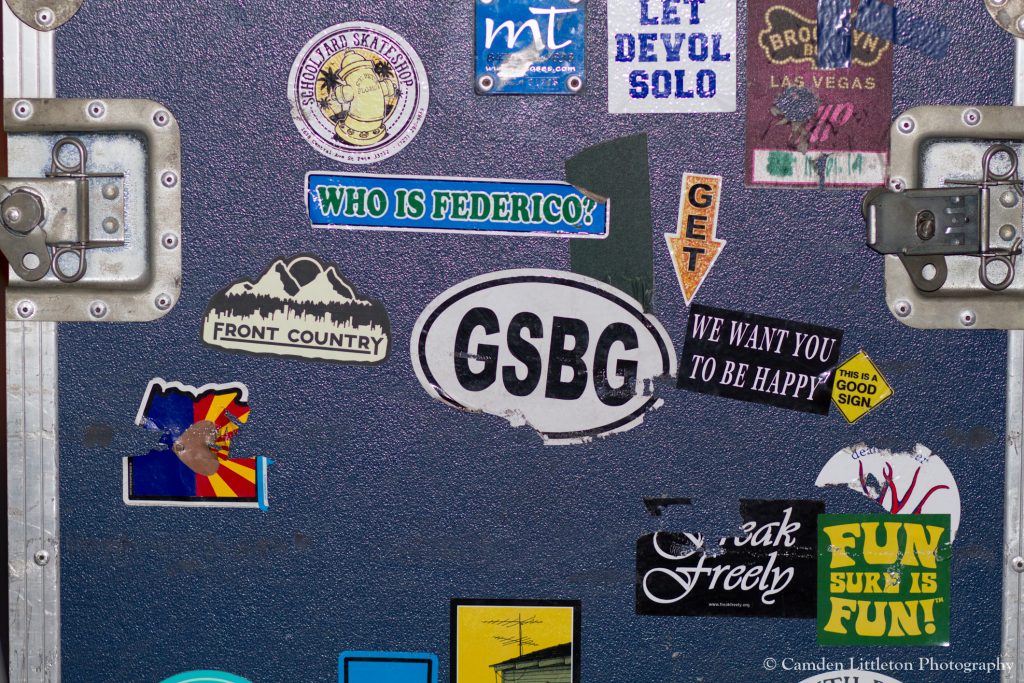 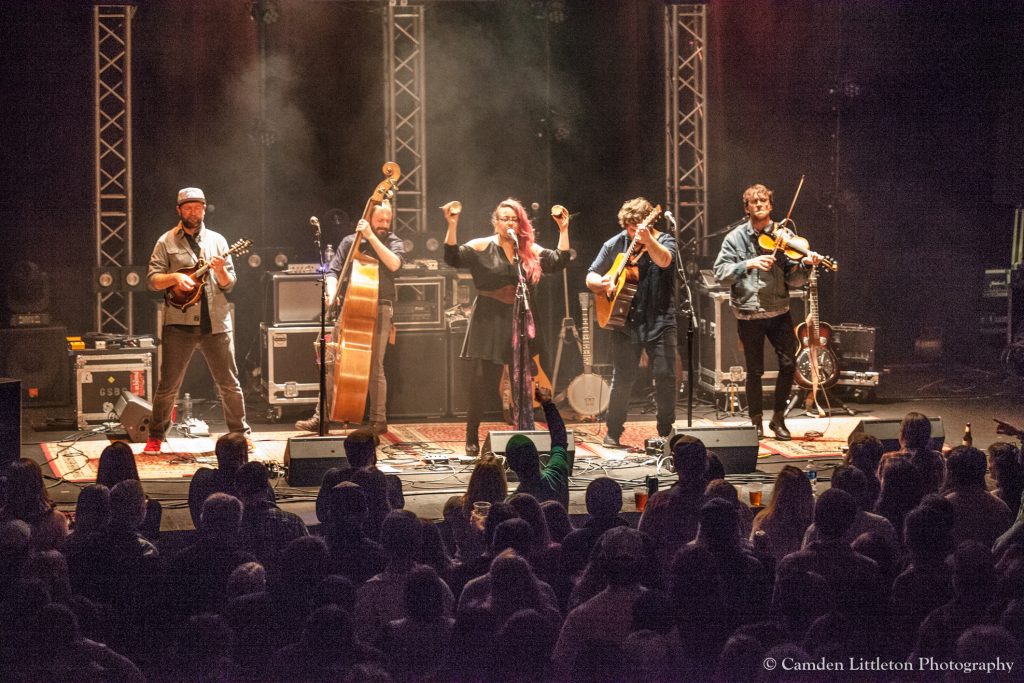 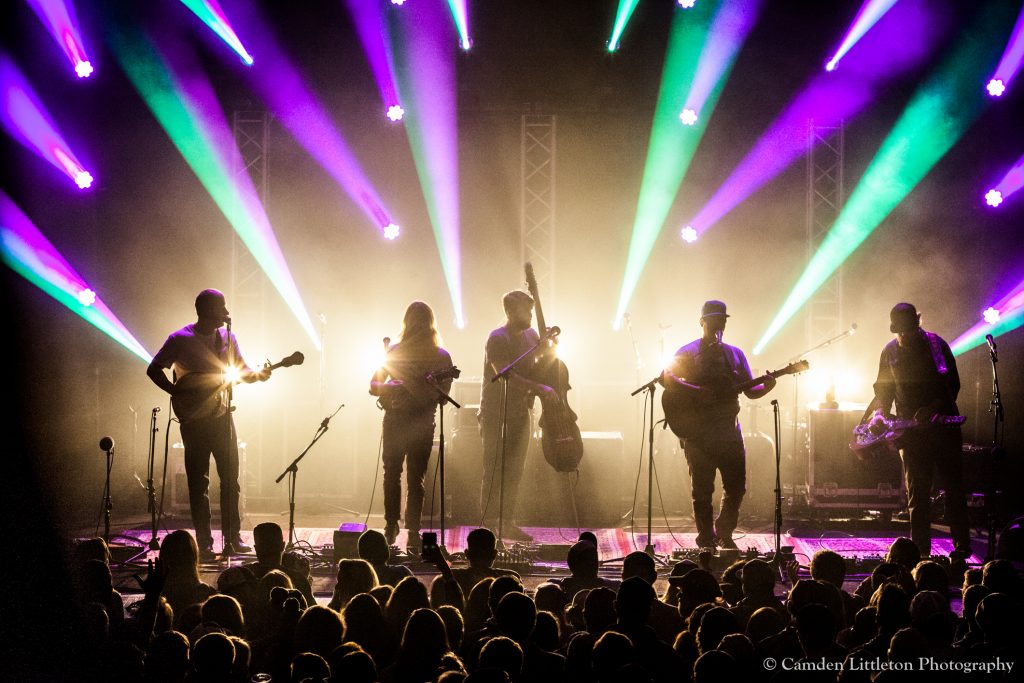 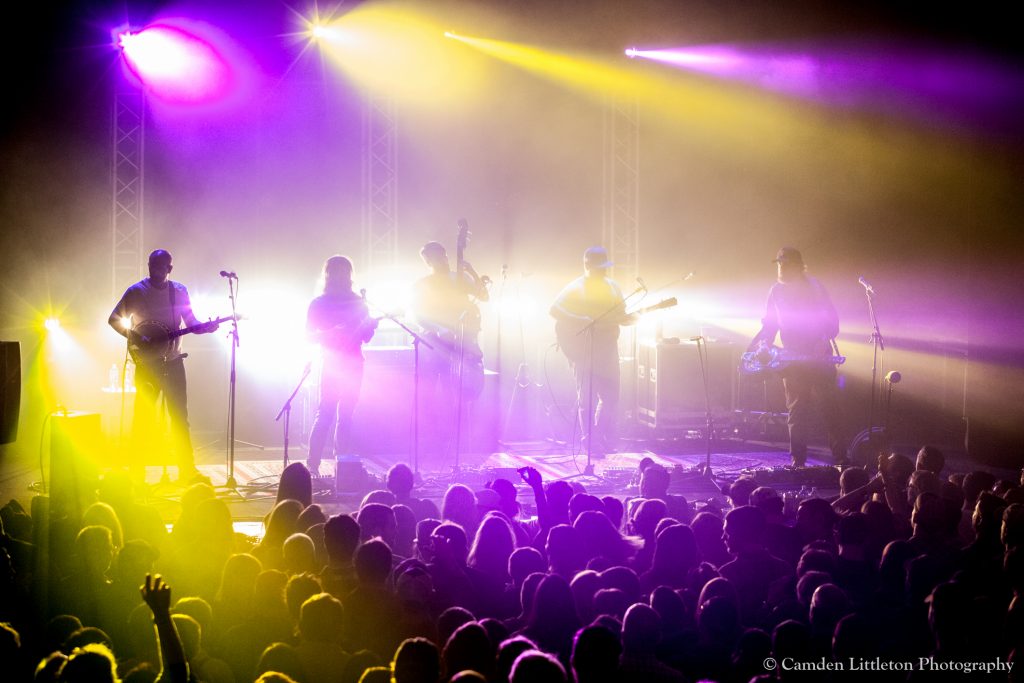 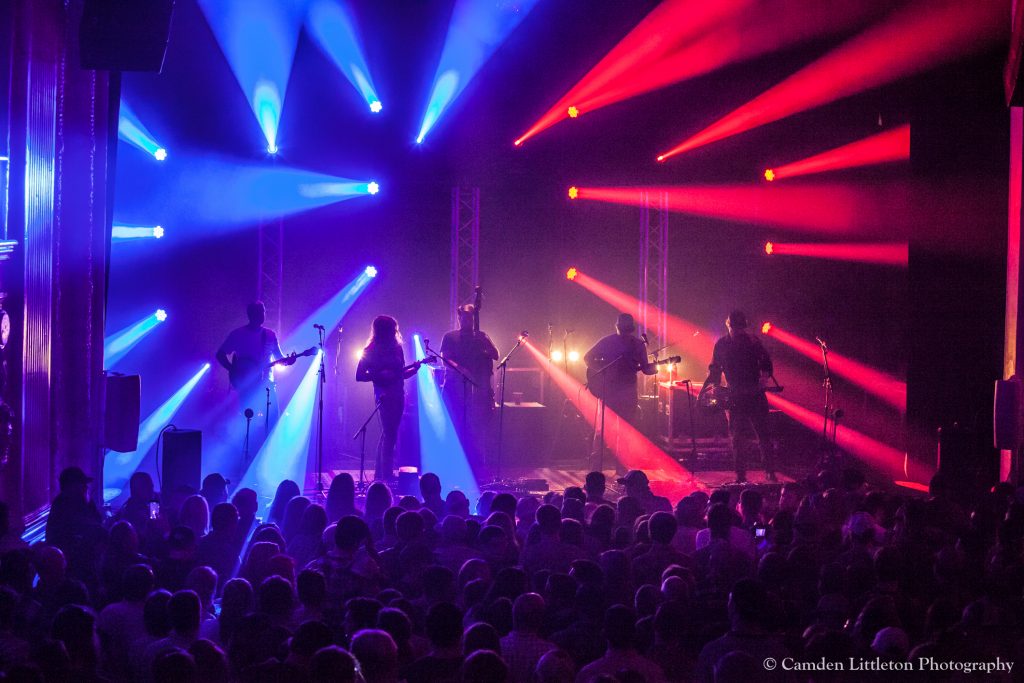 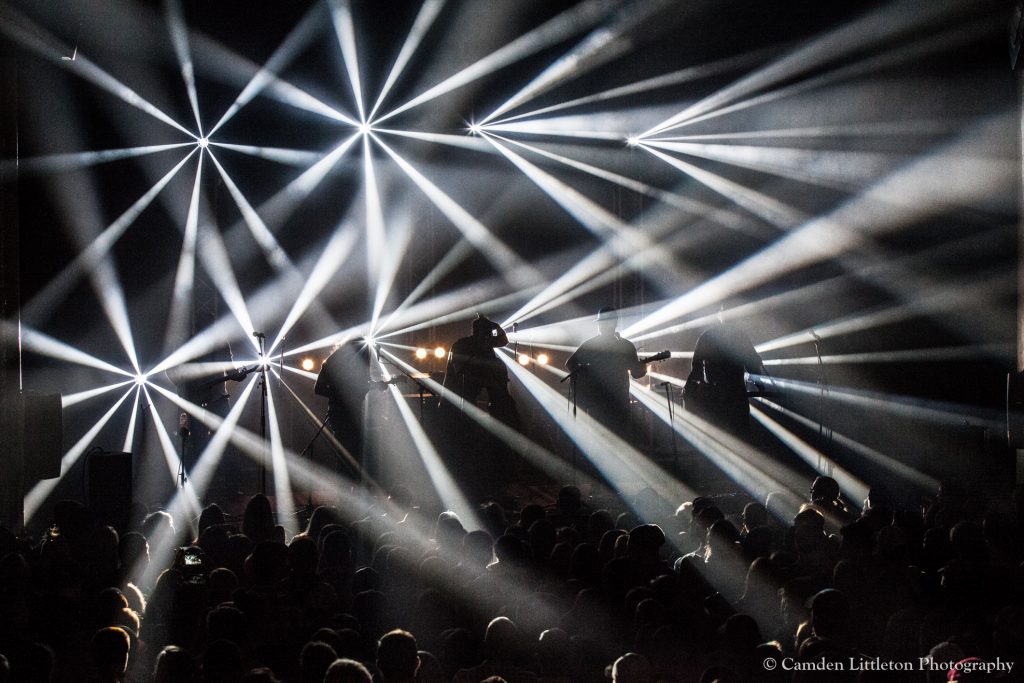 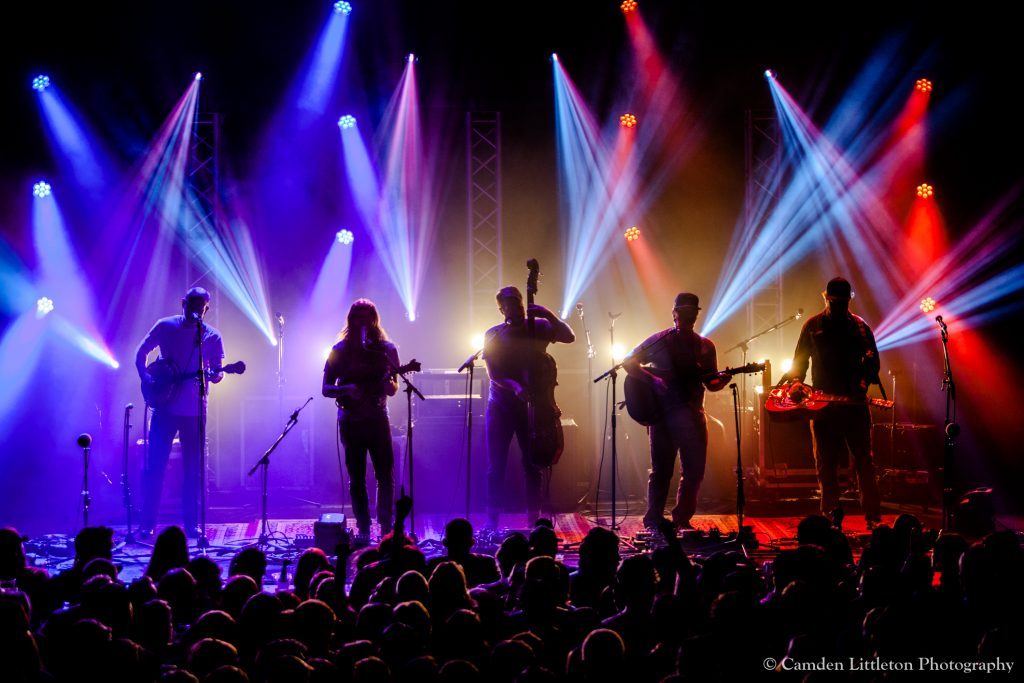 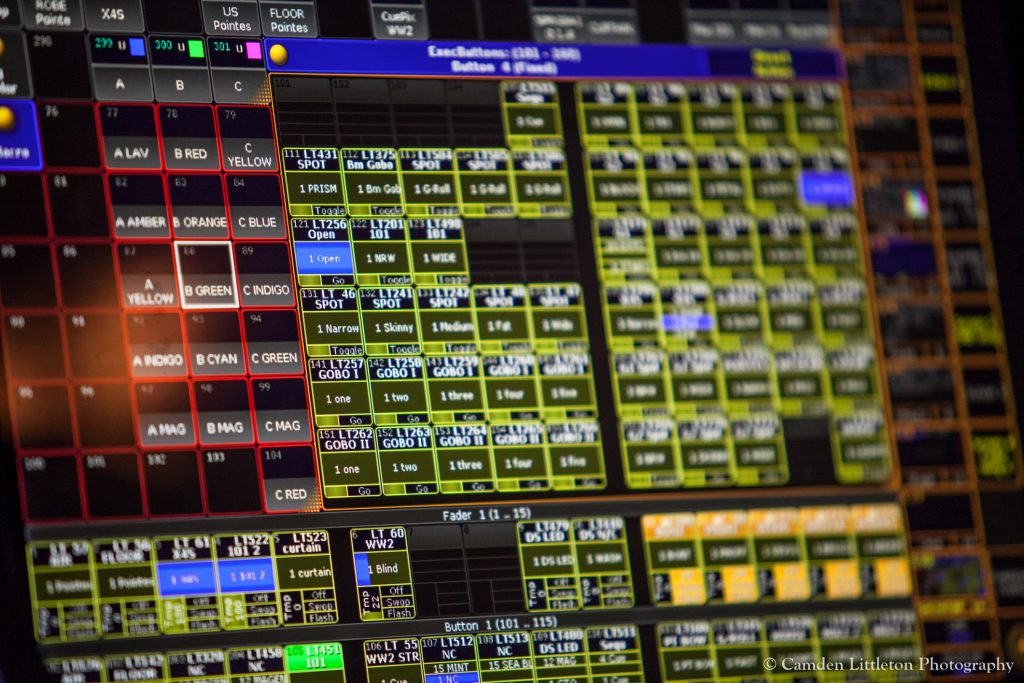 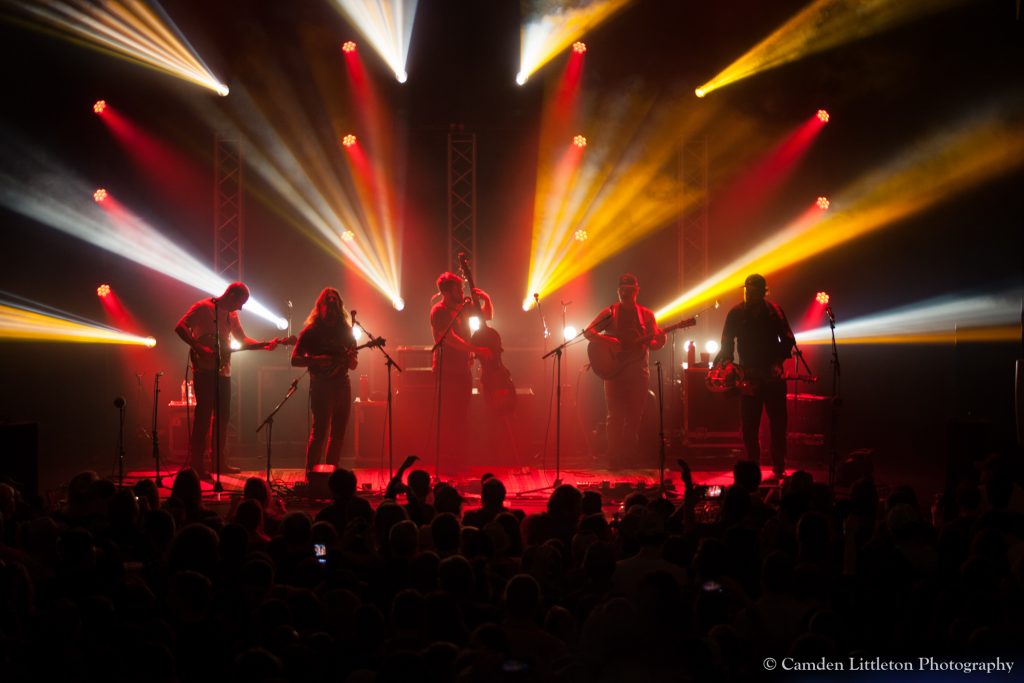 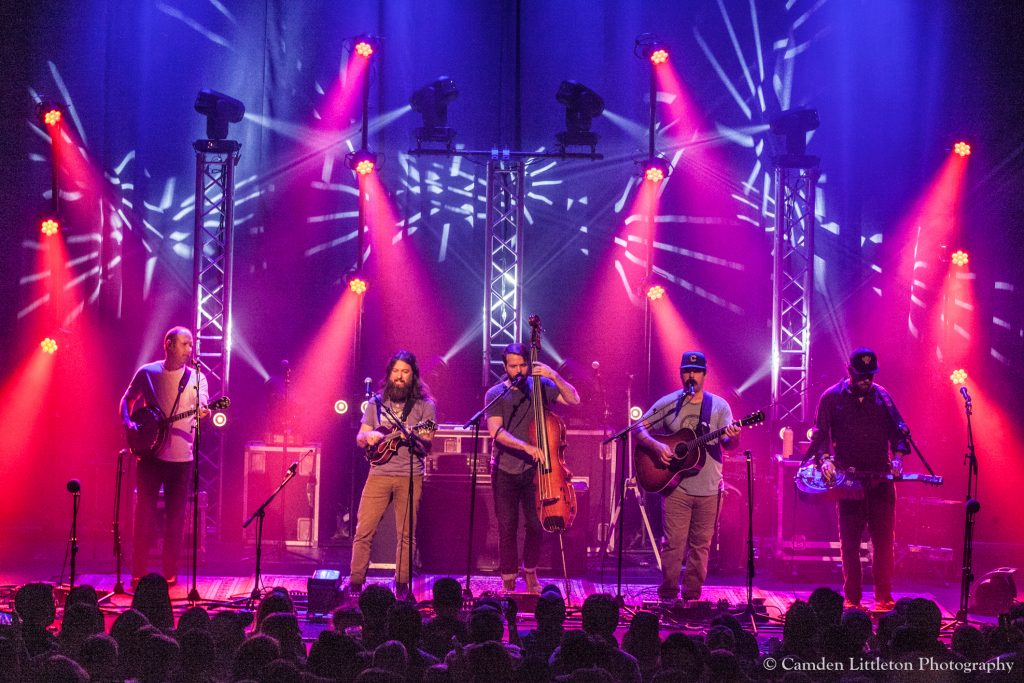 Greensky Bluegrass brought down the house at the Jefferson Theater in Charlottesville last night. With only a short break in between, the band played until just after midnight, as late as a show can go before the noise violations start rolling in from city officials. This should come as no surprise. Guitar Player magazine has called the group “the punkest acoustic bluegrass band in America” while C-VILLE Weekly has written, “Greensky bring with them a decidedly rock-bluegrass hybrid, a style that has been bandied over the years among the influences of jam, country and western, blues, psychedelia, and more.”

For more than 15 years, the members of Greensky Bluegrass have created their own version of bluegrass music, mixing the acoustic stomp of a stringband with the rule-breaking spirit of rock and roll: a collection of opposites, full of dark psychedelic swirls, bright bursts of acoustic guitar, soundscapes, solos, freethinking improvisation, and sharp, focused songwriting. The quintet—replete with dobro, banjo, mandolin, guitar, and an upright bass—has showcased its wild, wide-ranging, and diverse repertoire of bluegrass.

“You can call us an acoustic ensemble, or a drum-less rock band, or a rock-and-roll-bluegrass band,” says mandolinist Paul Hoffman, who, along with guitarist Dave Bruzza, handles most of the group’s songwriting duties. “All of that shifting identity has taught us to cover a lot of ground. … There are some aggressive, rocking moments. Some bouncy, funky moments. An acoustic think piece or two. It’s a balance of moods and textures that we create as a band, almost like a mix tape.” Formed in 2000 in Kalamazoo, Mich., Greensky Bluegrass kicked off its career playing living rooms and open mic nights across the Midwest. By 2005, they were touring nationally, and in a year’s time they had made it to the revered stage at Telluride Bluegrass Festival, an annual and highly esteemed music festival in Colorado. The group spent most of the following decade on the road, fine-tuning a live show modeled not after the toned-down production of traditional bluegrass music, but the full-on spectacle of rock. “We play two sets of music every night with a big light show, and really care about creating a large scale production,” says Bruzza. “The goal isn’t just to play important music. We want to cultivate an experience, where people can escape from their everyday lives for a minute and put their worries aside.” Playing as many as 175 shows per year, Greensky Bluegrass have graduated to headlining status at some of the country’s most iconic venues, selling out amphitheaters like Red Rocks and world-class auditoriums like the Ryman. They’ve become a regular name on the festival circuit, too, adding Bonnaroo, the New Orleans Jazz Festival, Austin City Limits, Forecastle, and Outside Lands to their touring schedule. Supported by a grassroots audience whose members often travel for hours to see the band, Greensky Bluegrass are still a proudly independent act, enjoying the success of a major-label act without sacrificing artistic control. As Bruzza says, “We’re trying to explore the textures and sounds we can make, while still having the instrumentation of a bluegrass band. There aren’t many rules. We’ll run a dobro through an amp on a song like ‘Past My Prime.’ We can get pretty epic. [2016’s Shouted, Written Down & Quoted] is a crazy carnival one minute, and it’s a psychedelic Pink Floyd jam the next.” Equal parts dark, driving, and dynamic, Shouted, Written Down & Quoted is Greensky Bluegrass at their best, fusing the fiery fretwork of their live shows with the focus of a true songwriting outfit.
Share on FacebookShare on Twitter
« Tonight: See and Hear Greensky Bluegrass
Piedmont Weekend Picks: February 3–5 »