One week ago, LOCKN’ Festival marked the continuing success of its social action village, Participation Row, with an official ceremony on Giving Tuesday. The ceremony was held at the LOVE sign on the LOCKN’ festival site on the beautiful LOCKN’ Farm in Arrington. 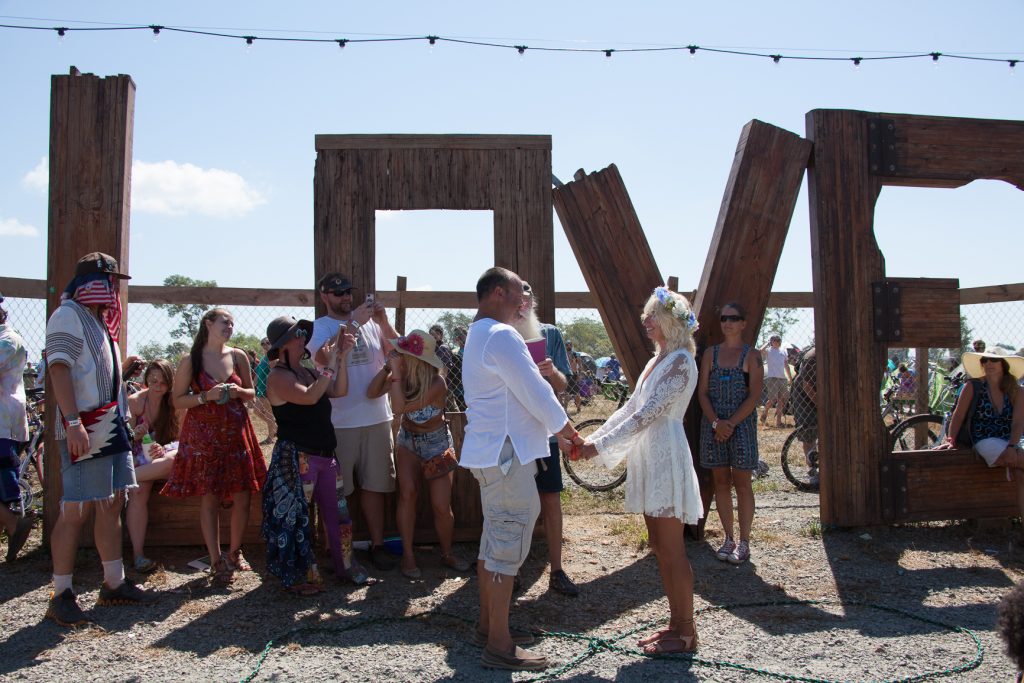 Organizers presented a check for $19,963 to more than a dozen non-profit organizations who formed Participation Row at LOCKN’ 2016, a key feature of the annual four-day festival (which we recapped through pictures!). LOCKN’ also presented a check for the amount of $11,142.50 to the John C. Holland III Memorial Scholarship at Nelson County High School.

“It’s a privilege to be able to give back to this wonderful community that’s been so welcoming to us,” said Dave Frey, co-founder of the Festival. 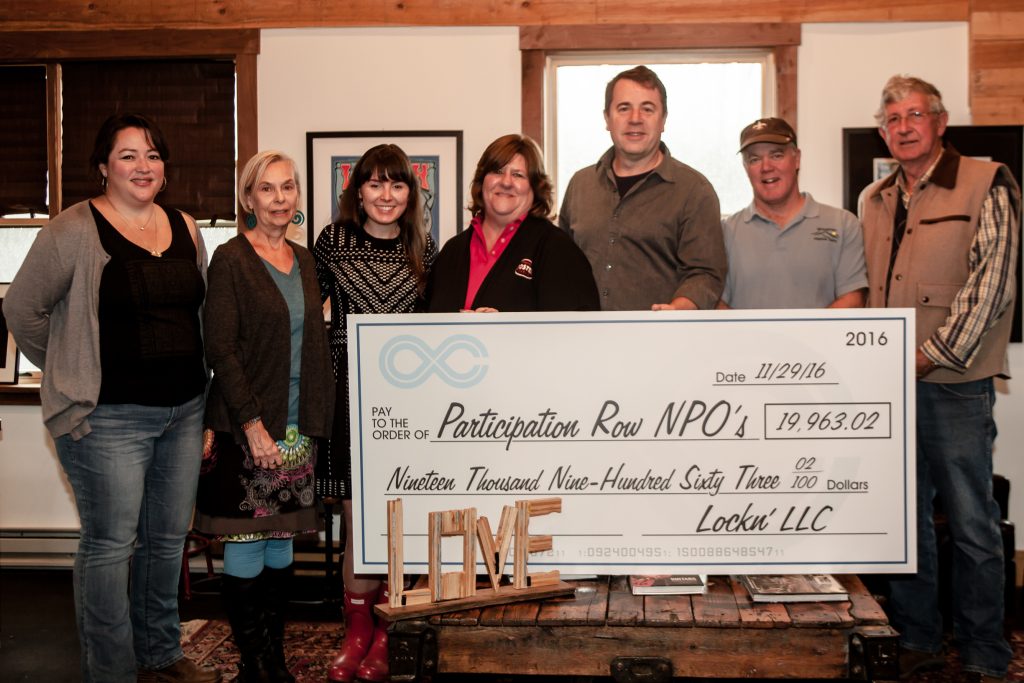 The Nelson County High School Class of 2001 is a non-profit run by members of the 2001 graduating class, which honors John C. Holland III, one of the classmates who passed away in a tragic accident while still in school. The scholarship fund seeks to target students who are less likely to receive other scholarships, and provide feedback to the school about what they can do to improve students’ chances of going to college and succeeding in their careers. Through the fund’s efforts, the work of the Holland family, and donations from LOCKN’ and others, John C. Holland III lives on, and future generations know his name. 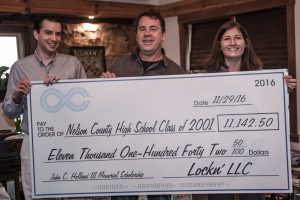 Participation Row at LOCKN’ serves as host and hub for a variety of non-profits, facilitating action and other involvement by LOCKN’ festivalgoers. Each booth on Participation Row invites attendees to take a simple action that immediately raises awareness for an organization or its cause. This year, a record 7,692 actions were taken. HeadCount, a non-profit organization that specializes in driving civic engagement at live music events, organized Participation Row with the backing of LOCKN’ as well as presenting sponsor Qello Concerts, the largest streaming library of live concerts and music documentaries.

The funds were generated through an auction that included a LOCKN’ branded D’Angelico guitar signed by all of the festival headliners, including Phish, Phil Lesh, Ween, and My Morning Jacket. Additional funds came through sales of refillable water bottles from the environmental organization REVERB. 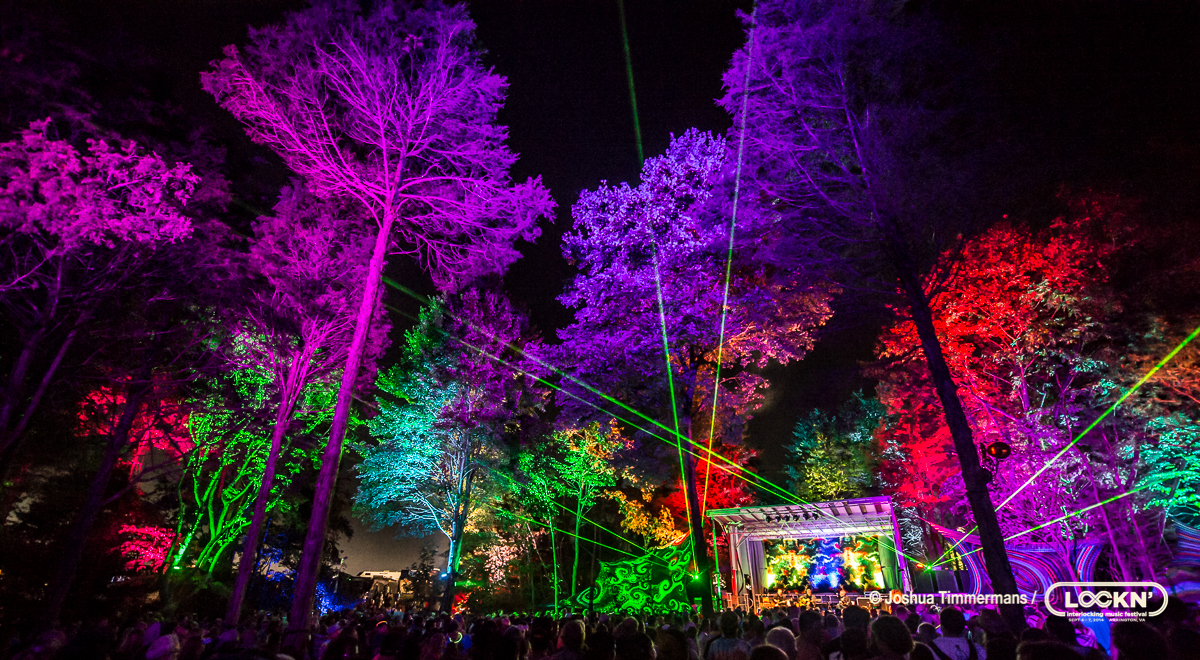 LOCKN’ 2016 featured one of the most diverse line-ups in the festival’s history, with headliners Phish, Ween, and My Morning Jacket alongside a stellar bill that also included Vulfpeck, Joe Russo’s Almost Dead, Umphrey’s McGee, Tedeschi Trucks Band, Gary Clark Jr., and more.
Along with its emphasis on musical invention and environmental sustainability, LOCKN’ also features an array of other activities, from onsite camping, locally sourced food, and craft beer to lifestyle events, biking and hiking tours, daily yoga, SoberLOCKN’, family camping, and much more. “Garcia’s Tent,” a fan favorite at the previous two LOCKN’s, grew this year into its own environment, known as “Garcia’s Forest.”
LOCKN’ Festival 2017 is set for August 24-27, 2017; tickets are on sale now. Artists will be announced soon. For regular updates and more, please visit www.locknfestival.com.
Share on FacebookShare on Twitter
« Piedmont Weekend Picks: December 2–4
Piedmont Weekend Picks: December 9–11 »