Careful detailing brings the nineteenth century back to life 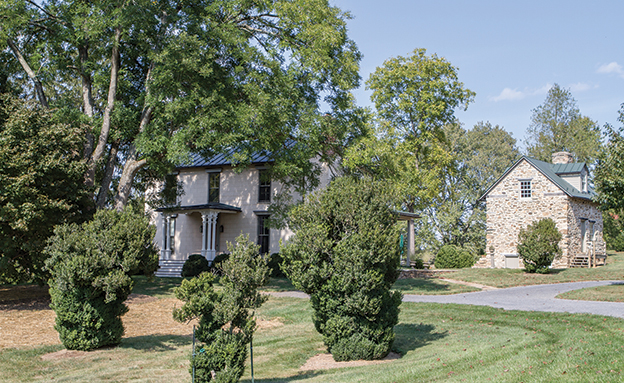 On the west slope of Cobbler Mountain in Delaplane lies Montana Farm, 222 acres of rich Virginia history. The history of the circa 1850 estate is palpable, thanks to owners Peter and Kathie Schaumber. With two historic renovations under their belts — one, a historic Creole townhouse in New Orleans, and the other a row home-turned-tea-shop in Fredericksburg — the couple, who also reside in Washington, D.C., spends half the year in Delaplane, where they have made it their mission to restore the estate to its former glory.

The property, part of the John Marshall Leeds Manor Rural Historic District, was originally the home of Channing Meade Smith, a Confederate soldier and prominent Mosby Ranger. The farm, which remained in the Smith family for close to 150 years until it was purchased by the Schaumbers, was operated as a working farm until shortly after World War II. The acreage, which is 60 percent open, contains a large frontage on Big Branch which flows into nearby Goose Creek. The property has been put into easement, demonstrating the Schaumbers’ dedication to historic and open space preservation that is consistent with many of the neighboring landowners in that part of the county.

The main house, with three full bedrooms, two full and one half-bathroom, two fireplaces, high ceilings, and a stone terrace, has been historically renovated with the addition of modern comforts. While every effort was made to restore using the existing materials, occasional substitutions have been made with painstaking adherence to accuracy, as in the case of some of the wood floors. Antiques or replicas of period style are used when original elements are missing, as in the case of the light fixtures — one, for example, is a replica made from eighteenth-century glass and harks back to the era when homes were lit with candles.

The scored stucco exterior of the house received as much attention as the inside. The Schaumbers brought in Harold Cooper, a Hurricane Katrina evacuee from New Orleans — who worked to restore many properties there after the disaster — to restore and paint the exterior woodwork. Much of the landscaping, like most of the boxwoods surrounding the home, is more than 100 years old.

On the property are other historic gems, such as the Mountain House which was built for Channing Smith’s children, the restored spring, the large walk-in chicken coop that remains in working order, and an original horse mount located in front of the Main House — one of the few remaining in the county. The property also features a two-bedroom, two-bath guesthouse which has been thoroughly renovated. And a delightful surprise is the aptly named “party barn.” Formerly another farm building to house farm equipment, the Schaumbers left the the apple press and tool sharpener to add charm to the décor, added electricity, two chandeliers, and windows to construct the perfect gathering spot for entertaining. There is a small fruit orchard on the property that has borne many apples, peaches, and other seasonal fruits and vegetables. Despite the wildlife that like to visit, the orchard has thrived and continues to be bountiful. 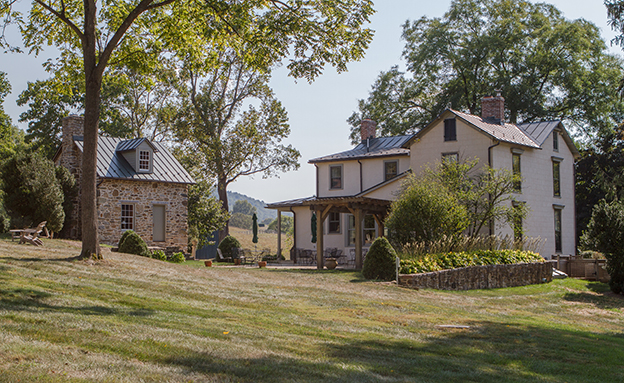 The rear of the main house after restoration 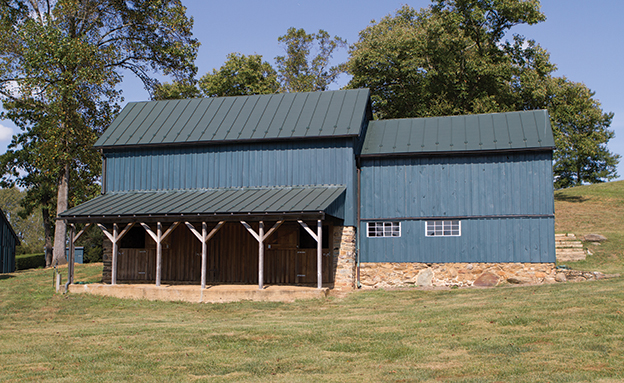 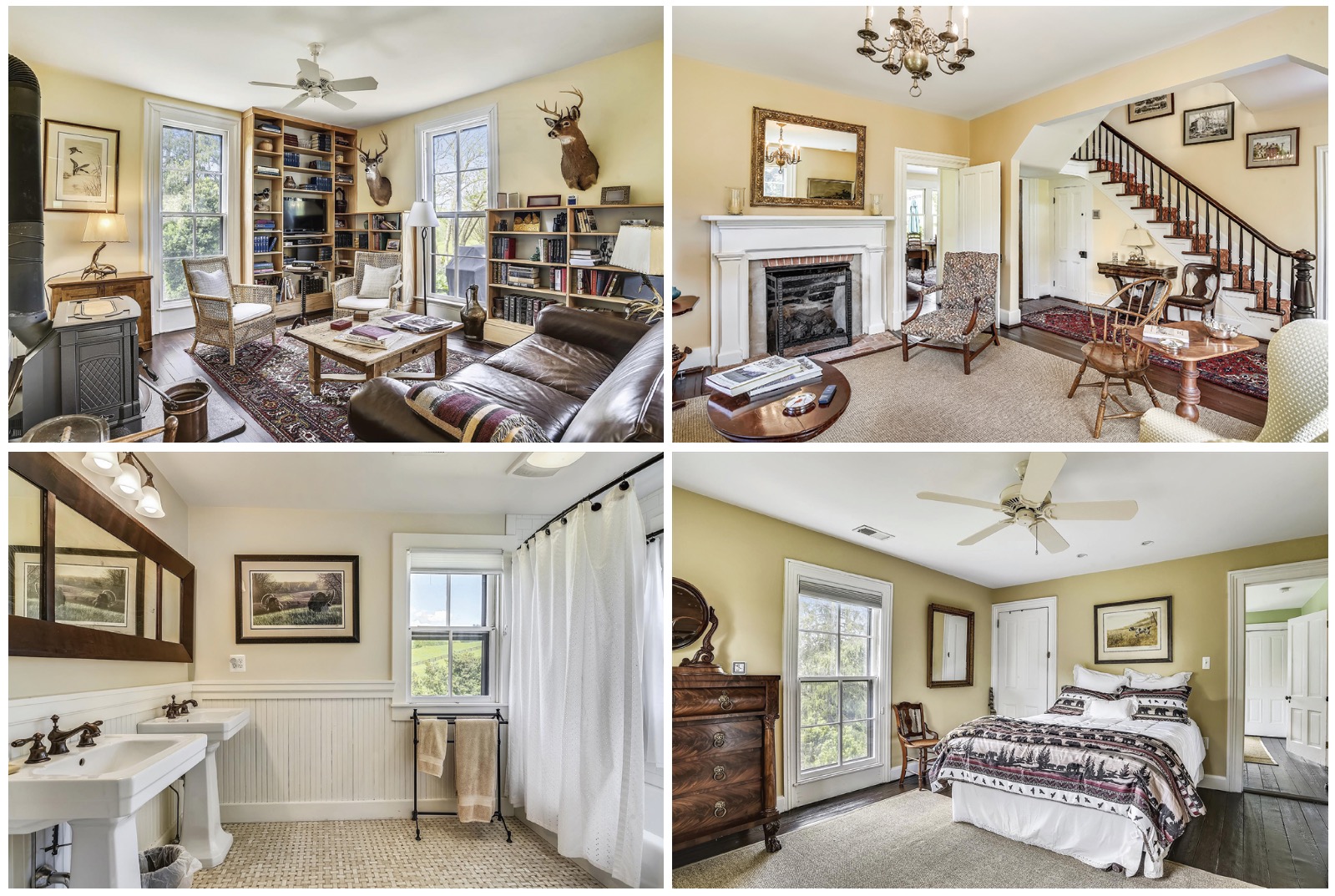 The interior of the main house after restoration showing the Schaumbers’ dedication to a perfect combination of modern convenience, comfort, and beauty, and attention to historic detail. 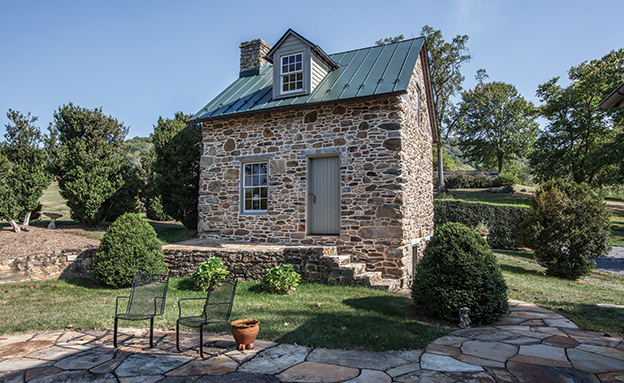 “The Patent House” was the first structure built on the property. When the Schaumbers purchased the farm, the building was in ruins, the roof had caved in, and three of the walls had only a few feet of original stone intact. With the help of a historical contractor, they replicated the materials to restore it. The structure, along with the other historic buildings on the property, were restored under the guidance of the Virginia Department of Historic Resources which recognized the historic significance of farm. 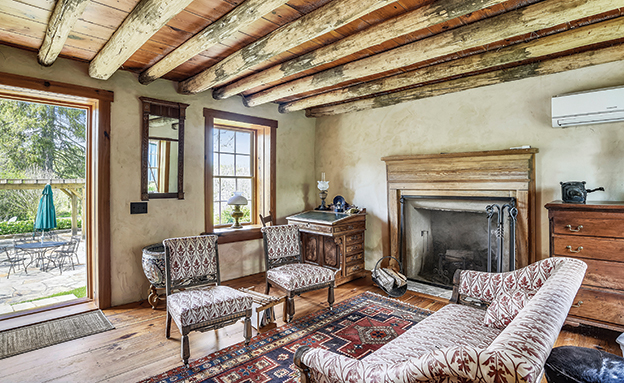 Share on FacebookShare on Twitter
« Go Down the Mountain: Fiction Excerpt
It Started with Sniffing Snuff and Sneezing »