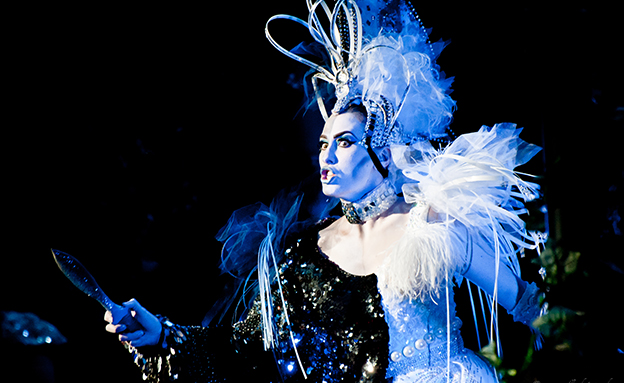 Charlottesville Opera launches its second decade at The Paramount

Charlottesville’s 42-year-old hometown opera company is getting a reboot as it begins its second decade at the Downtown Mall’s fabled Paramount Theater this summer, and its newly minted General Director David O’Dell, who assumed the mantle of leadership in February, says, “We want the Charlottesville Opera to represent a commitment to community engagement and education.”

Many good things start small and spiral upward into something substantial.  So has it been with the Charlottesville Opera. It began In 1978 as a smallish summer musical event at President James Monroe’s “Highland” estate near Charlottesville.  A group of local musicians, led by Priscilla Little, began to present chamber performances at the venue that was then known as Ash Lawn-Highland. These performances evolved into the Ash Lawn-Highland Opera Festival, which, according to the group’s website history, grew dramatically after Judy Walker became the general director in 1987.  At that time, the festival began performing full-length operas and musical theater productions in the historic home’s boxwood gardens. 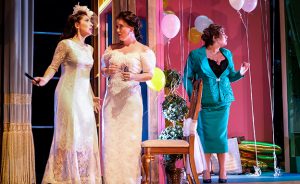 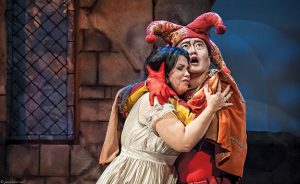 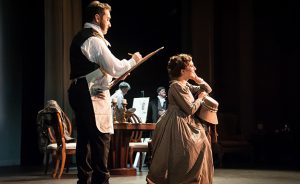 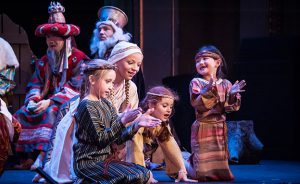 Amahl and the Night Visitors by Janet Moore Coll 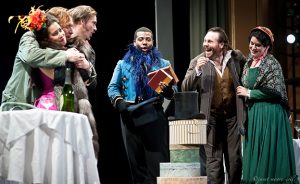 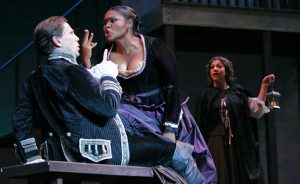 Over the years, with the support of Ash Lawn-Highland’s owner, the College of William & Mary, the festival grew and flourished.  In 2002, the Ash Lawn Opera Festival Foundation was incorporated, independent of the college, with the mission of performing opera and musical theater, developing young artists and administrators for professional careers in opera, and providing educational programs in opera.

In the summer of 2009, Ash Lawn Opera relocated its performances to The Paramount, allowing the company to grow even further artistically and professionally.  In January, 2017, Ash Lawn Opera became Charlottesville Opera, and embarked on its most ambitious season yet. In recent years, the company has partnered with a number of other local arts groups, including the Oratorio Society of Virginia, the Wilson School of Dance, the Virginia Consort, the Virginia Festival of the Book, and Charlottesville Ballet.  It has also expanded its season to include occasional winter and spring performances.

O’Dell arrives at the opera company with a long resume as a singer and in arts administration, most recently with the Amarillo Opera in Texas.  A St. Louis native, he has performed at the Opera Theatre of St. Louis, the Santa Fe Opera, and the San Francisco Opera Center.

In Charlottesville, he is keenly interested in presenting shorter, youth-oriented performances of operas in an effort to build future audiences and help educate.  “A shorter repertoire of works of about 90 minutes or so seems to be about right for keeping the interest and attention of younger audiences,” he says. He adds, though, that this doesn’t mean the company will move away from the presentation of full-length opera productions. 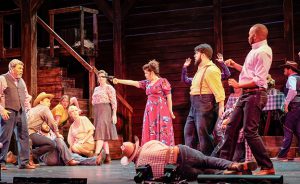 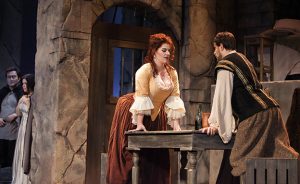 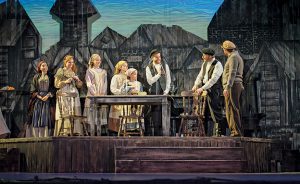 Fiddler on the Roof by Natalie Krovetz 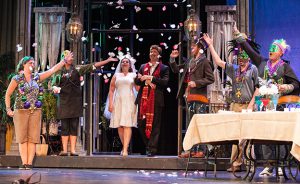 He also strongly supports the company’s annual apprentice program, which he hopes to expand, that brings in about 250 young people from around the country pursuing careers in performance and arts administration.  But he resists the idea of driving the Charlottesville Opera to become a national musical powerhouse. “I think Charlottesville should look different from Cincinnati or San Francisco. I want it to reflect a regional perspective.  We’ll be the best at what we do and put that out and share it with the world,” he says.

In addition to the company’s desire to reach new audiences through youth programs, O’Dell passionately believes that “…we have a responsibility to those who built the institutions we benefit from today.  Kids have tons of great opportunities to experience music, but I think we should also embed ourselves in the senior community by taking our music to them in retirement and adult care centers,” he says, “particularly where people are dealing with memory loss. Music has an amazing ability to help.”

Above all, O’Dell laments what he describes as “…the loss of a generation of arts institutions that are affiliated with civic engagement.”  He says it seems in recent years as the public civilized discussion has coarsened that the arts have been somewhat excluded. “I want to help reclaim the arts’ position in civic discourse,” he says.

For its 10th anniversary summer at the Paramount, the company will kick off with a gala event on June 9, followed by “Encore!–Charlottesville Opera Favorites” on June 29-30, featuring the music of Puccini, Mozart, Verdi, and Bernstein; “The Tragedy of Carmen,”  a condensed musical adaptation of the Bizet opera by famed stage director Peter Brook that focuses intensely on the story and the relationships of key characters (July 3 in Grisham Hall at St. Anne’s-Belfield School); and, finally, Lerner & Lowe’s beloved musical, “Camelot,” inspired by the ancient Arthurian legend.

For tickets and information, visit the Charlottesville Opera website at www.charlottesvilleopera.org or call (434) 293-4500.

Share on FacebookShare on Twitter
« The Beer, the Cheer, and the Atmosphere make Bald Top Brewing
In the Garden with Carla Vergot »