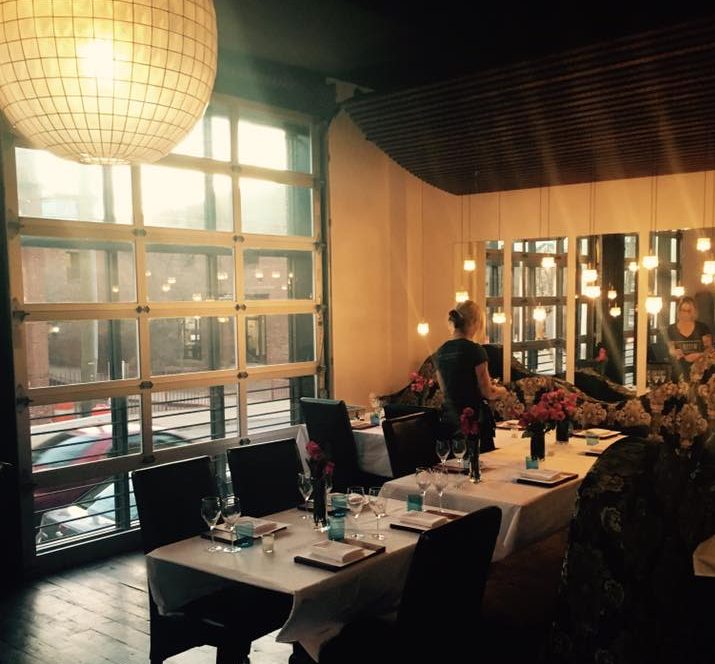 The Underground Kitchen began as a friendly dinner party, then grew increasingly competitive, and finally blossomed into the delicious nonprofit that it is now. In four years’ time the surreptitious supper club has gained tremendous buzz for its secrecy, one-of-a-kind fine dining, and community-minded ethos.

The first Charlottesville event of 2017 was themed “La Vie En Rose” (cue the Edith Piaf!), appropriately so as Valentine’s Day is just around the corner. The prixe fixe menu was built by Brice D. Cunningham, the French-born chef of Water Street—where the pop-up dinner was held—and Tempo, a Charlottesville favorite that closed its doors in 2016 to explore new culinary directions. Each of the five courses was constructed around traditional aphrodisiacs, and aided by carefully curated wine pairings, all from Virginia. The dinner sold out in minutes; of the 1,000+ users registered to receive updates, only ~40 were able to secure a place at the table. The way tickets sell out, you’d think Elton John, the Rolling Stones, and Lady Gaga were putting on a show together. 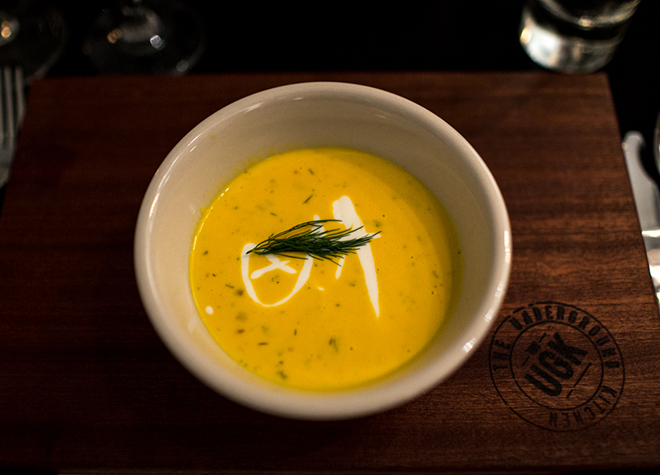 The evening began with a glass of rosé and a pear jelly & brie hors d’oeuvres. With such a fine combination and delicate pairing beginning the evening, I was thrilled and eager to see what the rest of the night held in store (keep in mind: the menus are kept secret until you’re literally seated).

And that brings me to the menu! Before I get started, let me preface by saying I mercifully spared you my attempts at describing the wines. Amongst my fellow diners were words such as “palette,” “sumptuous,” and “celestial” were tossed around. Meanwhile I struggled to differentiate between whites and reds. At best, my tasting notes would read as bad poetry or unused names for Crayons (e.g. “an abiding, resplendent finish reminiscent of terra cotta and catsup.”).

Oyster Velouté, a delicate emulsion of oysters and cream, was the first course. After finishing the silken soup, I was pleased to find delicious, tender caviar at the bottom of the bowl. The briny notes bolstered the rich complexity of the oyster emulsion and set the tone for the following courses. 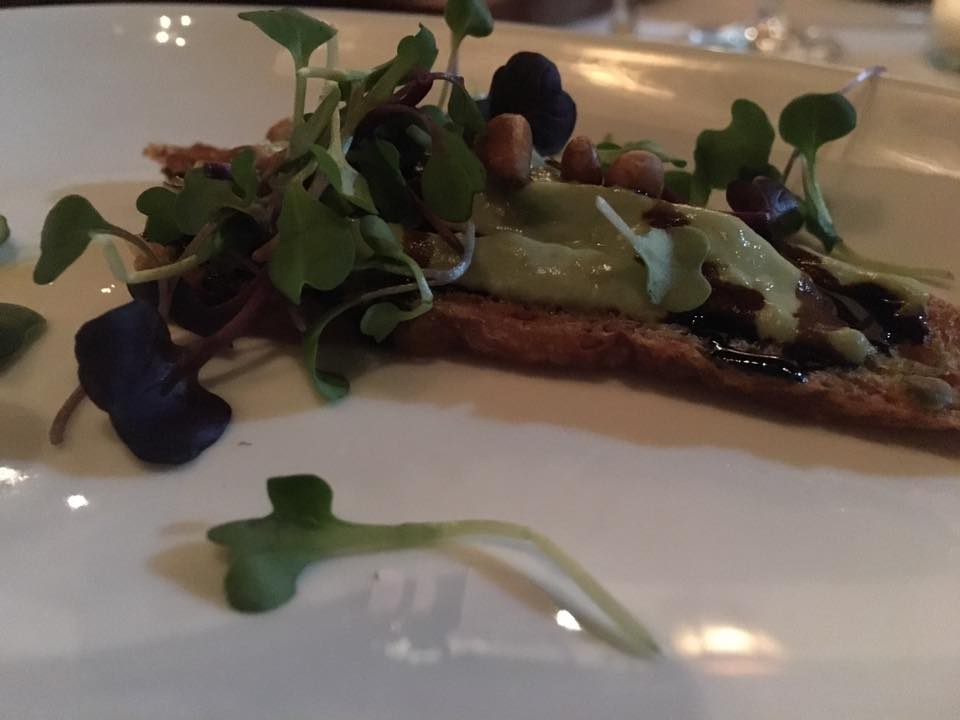 The second course was an Avocado & Pine Nut Crostini. The toasted baguette from the nearby Albemarle Baking Co. was crisp and with a flavor that balanced perfectly against the subtle, full umami flavors of avocado and pine nuts. A balsamic reduction and springy microgreens supplemented a bright, sparkling finish like a Fourth of July grand finale. 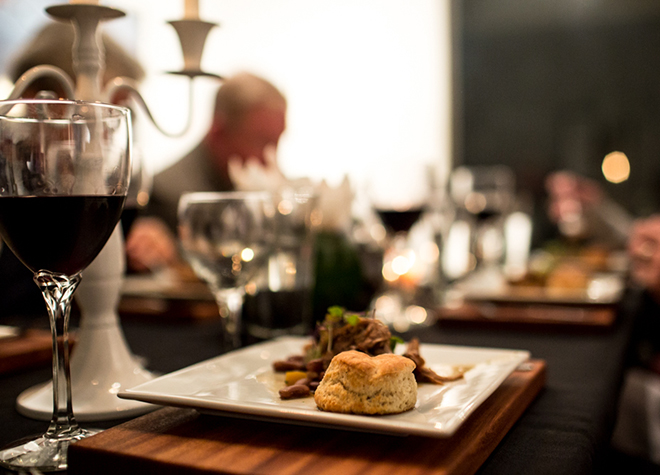 The third course epitomized the evening’s culinary offerings. Simple, flavorful, precisely crafted. The evening didn’t feature any odd flavor combinations, no surprises, no gastronomic experimentation. Just expertly crafted dishes, such as this mixed greens salad with pomegranate seeds. The dish was a gift: a perfect palette-cleanser before the main course. 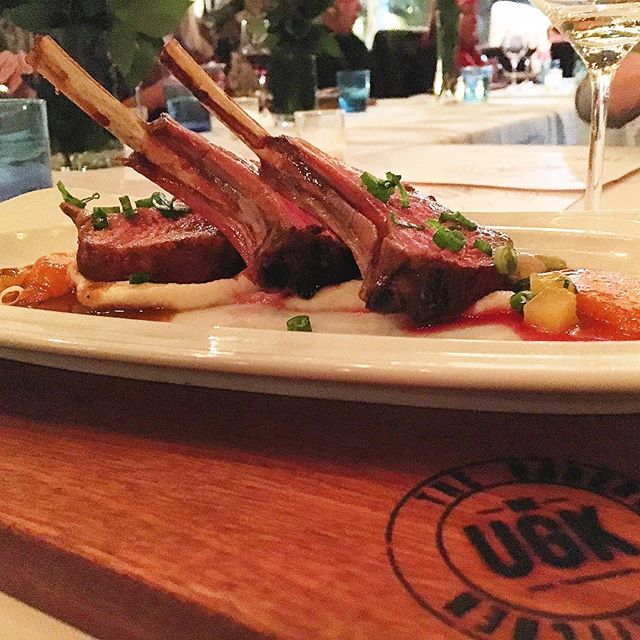 Lamb chops. The picture (taken by our table guests at Pen+Knife) says it all, and yet no picture could do the plate justice. Root vegetables and honey jus accompanied the chops. Perhaps the flavors that were omitted made the dish so spectacular. There were no conflicting flavors; each element was given its time in the spotlight. There was a heartiness to these lamb chops, a full-flavoredness that is inimitable and hard to come by.

The Chocolate Molten Cake was a dessert, but in a way, every dish was a dessert. Perhaps it’s more fitting to call the flaky cake which burst with rich dark chocolate a treat. A raspberry coulis added an essential sweetness that lifted the dish into the rarefied echelon of my all-time favorite desserts. 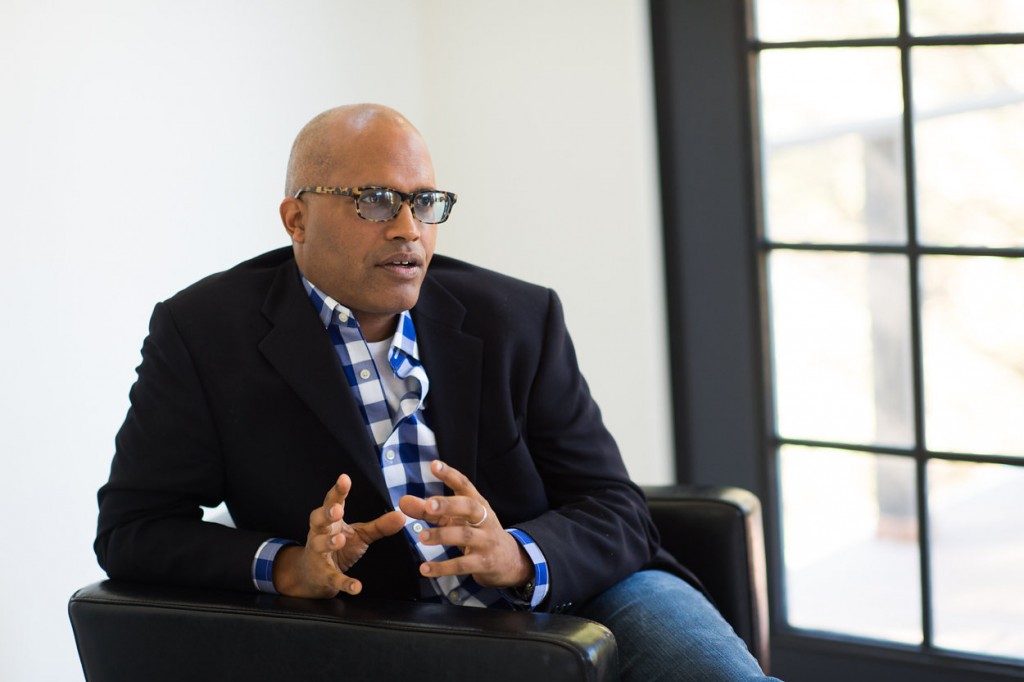 After such an amazing evening, the founder of Underground Kitchen offered a few words. Micheal Sparks, a designer by day, enlightened the crowd as to the humble origins and vibrant future of the Underground Kitchen. The initial dinners started in Sparks’s living room in Richmond’s Museum District. His dinner parties progressed from friendly gatherings to elaborate affairs to the secret supper club that it is today. The success and modest origins called to mind Microsoft’s formation in a garage. The operation continues to expand; what started in Richmond and D.C. has spread into several cities, including Roanoke, Asheville, Columbia, Charlotte, and Baltimore.

Though one might expect food to be at the heart of the evening, in fact it was a shared sense of community that took the center stage. Guests were encouraged to intermingle and sit apart from those they came with. For such an exclusive event, inclusivity was the paramount virtue. Strangers sat down and conversed over great food and wine. By the time left, there were no strangers left in the dining room. “What better way to meet interesting people than over the course of a fabulous, one-of-a-kind meal?” says Sparks. And he’s right. 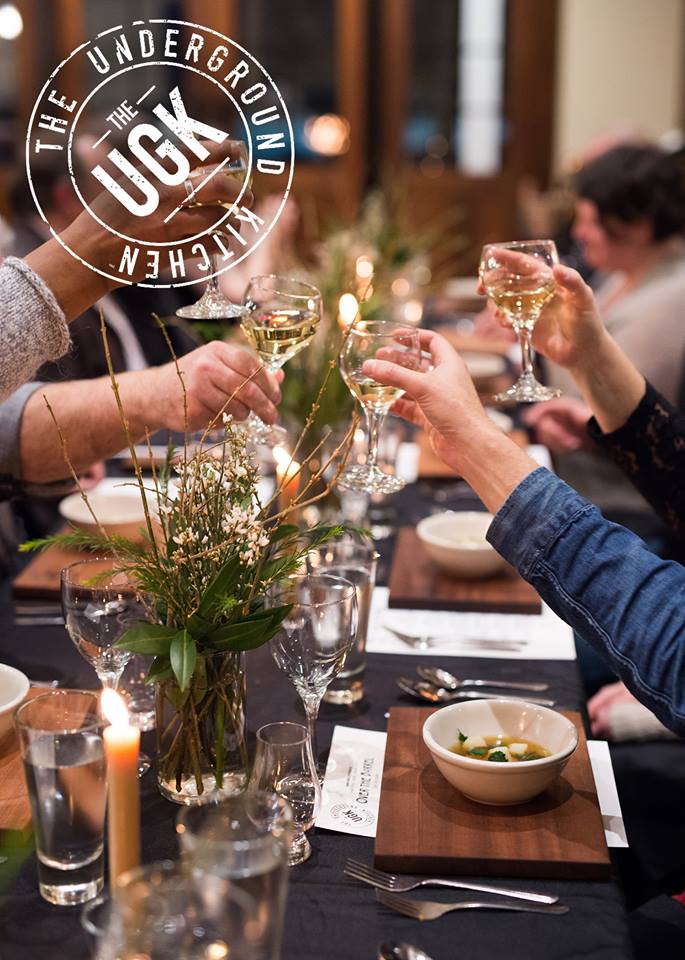