From familiar to far out, online publication Eater’s forecast for 2019 food trends is seemingly all-encompassing. Headliners like oat milk, smoothie bowls, and adaptogens are standard fare at most Instagram-able establishments, while cricket protein, chlorophyll lattes, and celtuce (apparently the new kale) may need a little more time to catch on. However, already popular or not, the majority of the list’s items are distinctly plant-based, and references to meat—real meat— are few and far between. There is a predicted push for lab-grown meat, impossible meat, and faux meat snacks, three trends arguably at odds with the overarching focus on all-natural everything, ingredient transparency, and identifiable whole foods.

But for local hunters, like Winston Graves and Pete Hopewell, real meat definitely isn’t born in test tubes or even necessarily wrapped in plastic and then purchased in stores. It is healthy and sourced directly from nature, a part of environmental conservation, and, in the end, an act that requires a sense of responsibility and reflection. 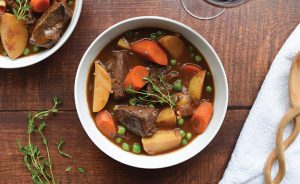 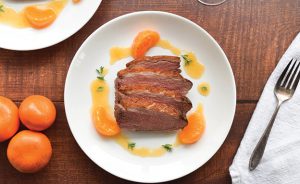 Growing popularity for the Farm-to-Table and The Local Food Movement ideologies indicate that consumers are becoming increasingly interested and invested in the origin of their ingredients. On Instagram, the hashtag “eat local” has 6.2 million submissions and “organic” has 40 million. But for Graves and Hopewell, these aren’t new concepts, and they are part of the appeal of hunting.

Graves explains, “It’s 100% organic wild game, non-GMO, whatever you want to call it. And I know where I harvested it.”

Hopewell shares a similar sentiment, “You aren’t waiting around for this animal to grow on a farm – like this giant methane factory. There are benefits. They are free-range. We are eating things that are already out there.”

For Graves and Hopewell, good hunting practices go further than responsible harvesting and the move away from the perils of processing plants. It is also about a connection with the land and a desire to preserve it.

“It is very much an environmental thing. Some of the hunting groups are the most ardent conservationist groups out there.” Hopewell continues, “They do a lot of lobbying on both the state and federal level on maintaining healthy animal herds, maintaining public lands. They don’t want to see this tradition go away,” he insists.

Graves shares, “We don’t hunt just to hunt. There are conservation efforts. Hunters are environmentalists. If we didn’t have the wetland space, the waterfowl, that would take away this part of our lifestyle.”

The process of watching, looking, listening, and freezer stocking inevitably leads to cooking and a willingness to experiment. For non-hunters, cooking game meat may seem intimidating or even exotic. But Graves advises, “Treat it like anything else … don’t be afraid.” And that using everything you harvest “is a nice way to fuel experimentation with recipes. It encourages you to be a little brave.”

Though “game recipes” may not be trending just yet, they are certainly a worthy pursuit for any experimental foodie. With that in mind, you’ll find two easy-for-any-level cook recipes below as a way to get your feet wet with game meat.