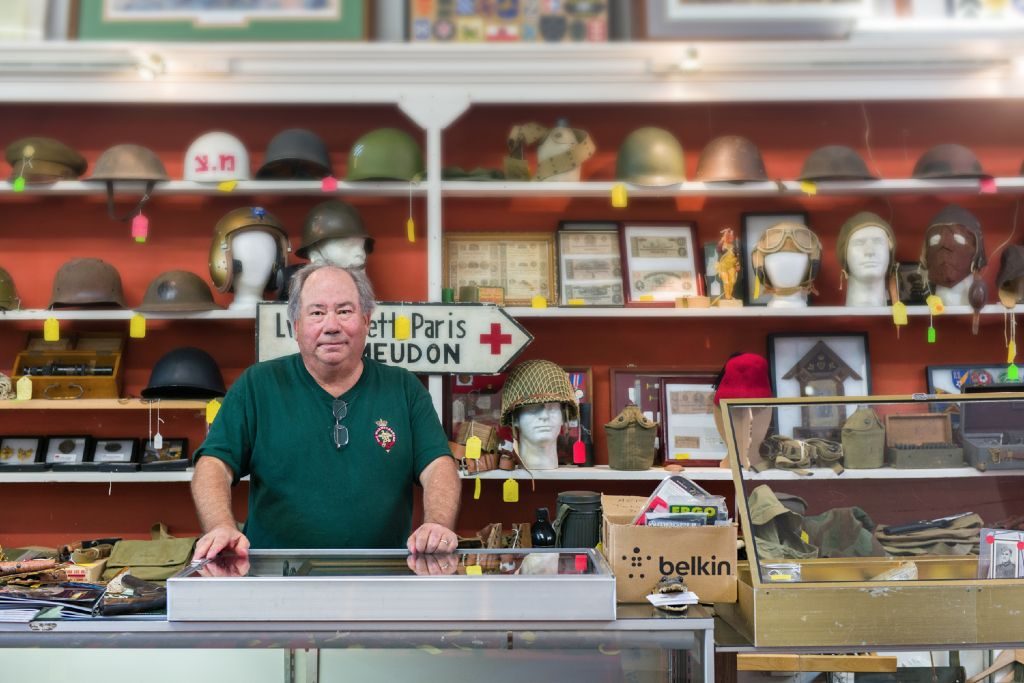 For Cliff Sophia, the love of American history led him to pursue the instruments of American wars. The only obstacle was cash.

“I’ve always been interested in history and collecting, even when I was a little kid,” he explained. “One time, my mother drove me to a show, and I was walking along, and there was a guy cleaning up a spilled beer with a World War I uniform. I said, ‘Gee, that’s really neat! What’s that?’ And he said, ‘It’s a World War I 5th Infantry Division uniform.’ I said, ‘Cool! How much is that?’ He said, ‘How much you got, kid?’ I counted out my money and said, ‘ 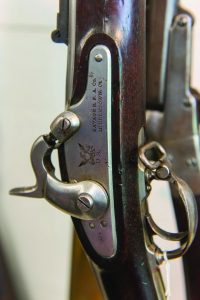 Fifteen bucks,’ and he said, ‘It’s your lucky day.’ And that was the beginning of my World War I collection. I got started in collecting because I bought a coat that had been used to clean up a spilled beer.”
Now, many years later, Sophia runs C.S. Arms, Inc. in Upperville. His shop is filled with about 300 guns, and there are uniforms, swords, caps, helmets, belt buckles, bullets, and other wartime accouterments. The oldest guns in the shop predate the Civil War, and touring the shop, Sophia was eager to explain what an item connoted.
“You could spend a lifetime just collecting Civil War guns and never scratch the surface,” he said. “They used over 600 different types of guns in the Civil War—carbines, pistols, rifles, muskets, and that ilk—plus the imports. Europe had already started to go to cartridge arms, and they saw it as a chance to sweep the storage basements out, so dealers sold everything they had that was surplus to the United States.”
Contrary to popular belief, Confederate soldiers didn’t just take down the family rifle from above the fireplace and head off to fight the Yankees. . .

Read the rest of the article in the September/October issue of the Piedmont Virginian, on the stands now.

Share on FacebookShare on Twitter
« For the love of the hunt: when hunting dogs become family
Keller Williams: A talk with Fredericksburg’s Guru of Jam »