The Byrne Gallery is proud to present September Sojourn, a celebration of autumn landscapes both near and far by two well-known Virginia plein-air oil painters, Gerald Hennesy and Robert Thoren.   In addition, there will be sculpture in turned wood by Phil Evans whose use of local box elder, maple, red oak, ash and walnut will amaze you with his artistry and creative composition.  This new exhibit for the month of September features impressionistic landscapes that showcase the beauty of the Virginia countryside as well as scenes from Italy and France.   Goose Creek, the foothills of the Blue Ridge Mountains, Sky Meadow and the Potomac River are all represented in the splendor of the autumn season with color and majesty.  There are several large format paintings that would be ideal as a focal point for any room or collection.  There will a special reception for the artists on Saturday, September 16, from 5–8 p.m., and all are invited to attend.  The exhibit will begin on September 1st and continue through Sunday, October 1. 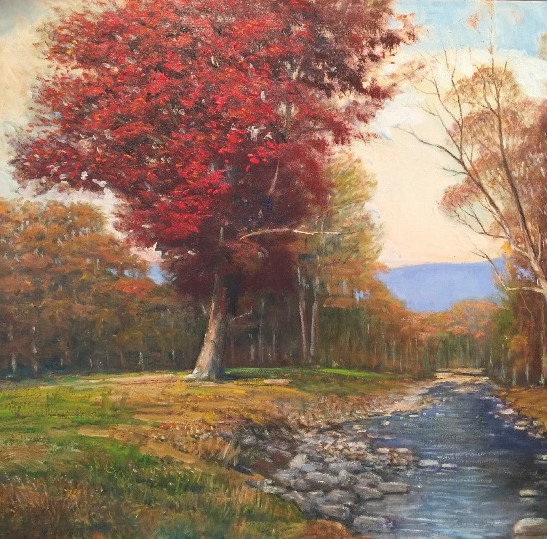 Gerald Hennesy Gerald paints primarily in oil in an Impressionistic style, working both in plein-air and in his studio.  Born in 1921, he carries on a long lineage of artists, and after studying art in high school he won a scholarship to attend the Corcoran Gallery School of Art.  When America entered WWII he left his job as a Washington, D.C. newspaper artist to serve as a U.S. Navy carrier fighter pilot.  After the war, he studied landscape painting with C. Gordon Harris, and painted part time while working for the government.  In 1972 he built a home and studio in Clifton, Virginia and has devoted himself to painting and exhibiting his work full time ever since.

Gerald finds his subject matter in the nearby Blue Ridge Mountains and on the Outer Banks of North Carolina.  He has also made numerous trips to various regions of France, walking and painting in the footsteps of the Impressionists he admires. 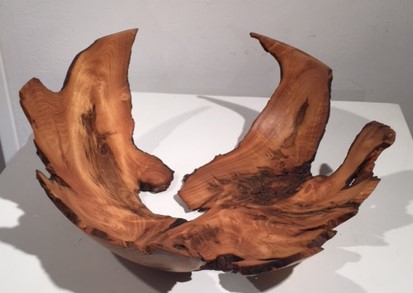 “Best in Show” by Phil Brown

His work has been exhibited widely in commercial and museum galleries including the Baltimore Museum of Art, the Georgia Museum of Art, The Corcoran Museum of Art and the Smithsonian Museum. His paintings are in numerous private, corporate and public collections, including the U. S. House of Representatives, the State Department, the Maryland State Mansion, the DAR Headquarters, and the American Legion Headquarters. He is listed in Who’s Who in America and Who’s Who in American Art. 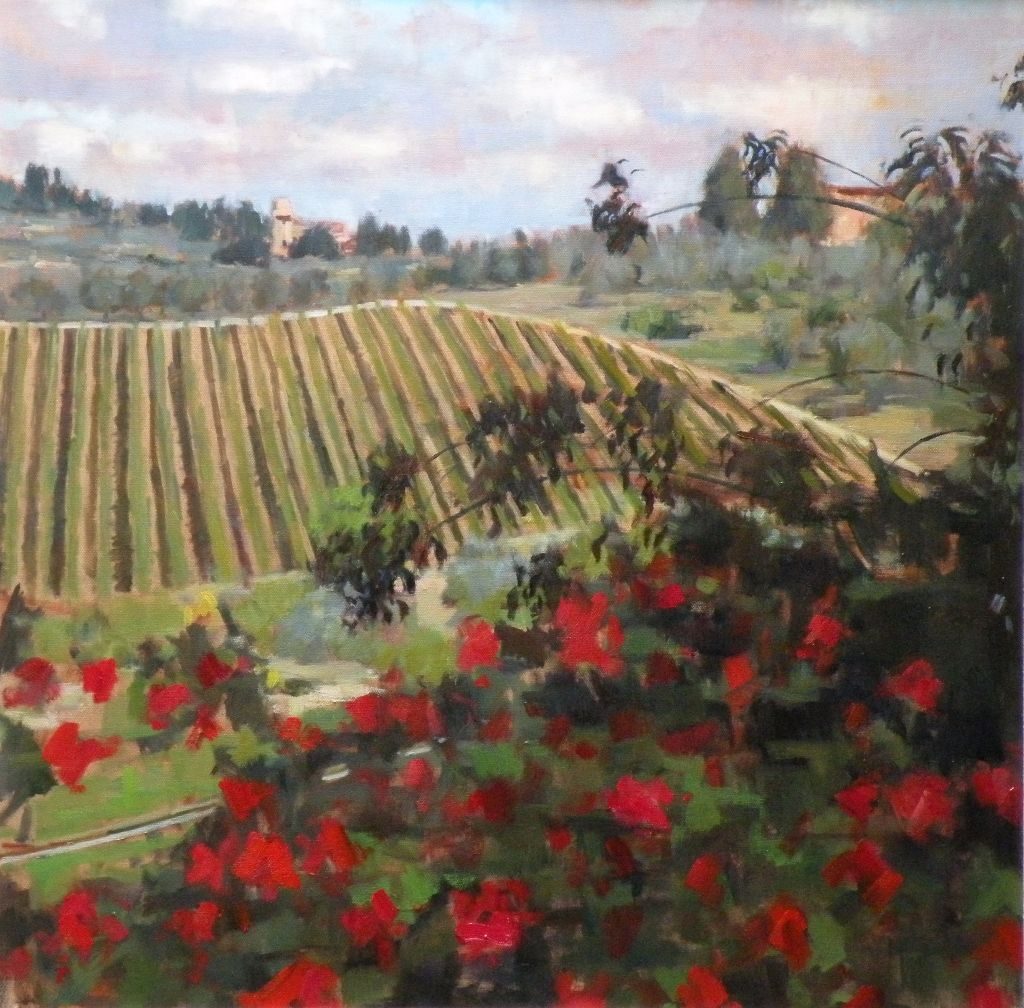 Robert Thoren An avid proponent and practitioner of plein air painting, Robert Thoren has relished the opportunity to paint the Northern Virginia landscape, particularly the lush terrain of the Shenandoah Valley. Before moving to Virginia in 1993, Robert studied with teachers closely associated with the late Russian emigre Impressionist Sergei Bongart, whose work was recently featured in a showing at the Frye Gallery in Seattle together with that of fellow emigres Nicolai Fechin and Leon Gaspard.

Like Sergei, Robert paints in a sensual, Impressionistic style emphasizing vivid color and the employ of dramatic brushstrokes. His artistic goal is to suggest spontaneity while maintaining a firm mastery of drawing and painting techniques. In his many still lifes, Robert celebrates the Bongart School’s focus upon color and its ability to transform everyday objects into scenes of powerful emotion.

The Byrne Gallery is located at 7 West Washington Street in Middleburg.

Gallery hours are Monday and Tuesday by appointment only, Wednesday–Saturday 11 a.m.–5 p.m., and Sunday noon–5 p.m.