A world-class arts experience on a regional level. 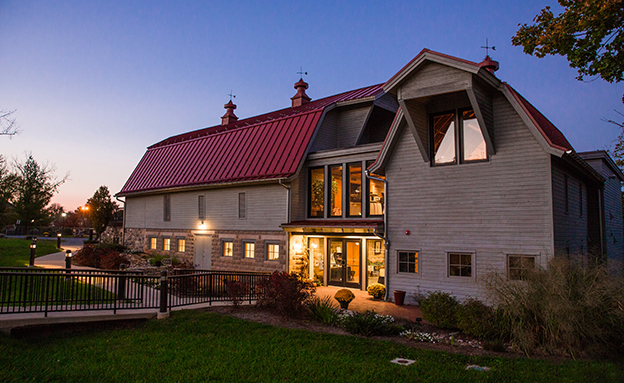 Historic downtown Berryville – along with nearly every place in America, of course – has changed a great deal in the last hundred years. But it hasn’t changed so much that a visitor from the early 20th century wouldn’t recognize the place. Countless old homes and businesses still stand. The railroad, so vital to the history and prosperity of the town, still runs along Station Road on the town’s eastern edge. And just off Main Street, close to the center of town, a majestic pair of dairy barns still rises skyward from the gently rolling terrain. 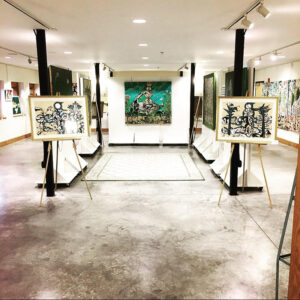 But the dairy barns no longer house milk cows. Due to the generosity and vision of the owners who donated the estate to the town and the hard work of a dedicated group of supporters, the barns have been renovated and repurposed to enrich lives through the performing, visual, and literary arts. The resulting facility more than delivers on that score as a stunning performing arts and community center that rivals the larger, well-known venues in Northern Virginia. The walls of the Great Hall now ring with the sounds of widely diverse genres of music including, but by no means limited to, Americana, old-time, folk, roots, blues, bluegrass, jazz, and classical by a high-quality lineup of local, national, and international musicians who are drawn to the excellent acoustics of the building.  Rotating art and photography exhibits brighten the lower gallery, and films, in conjunction with the Magic Lantern of Winchester, bring in movie buffs.

The Barns of Rose Hill bustled with the activity of a working dairy farm until the 1950s. Horace G. Smithy donated the estate, which included the barns and a brick mansion, to the Town of Berryville in 1964 in honor of his late wife, Rosalie McCormick Smithy. It was to be used for “the educational, recreational, and cultural benefit of the community,” which, it turns out, is not as simple a thing as it may have sounded in 1964. 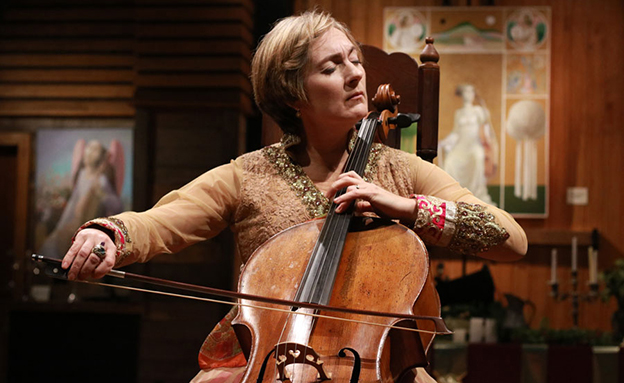 The Barns of Rose Hill welcomes musicians of all genres 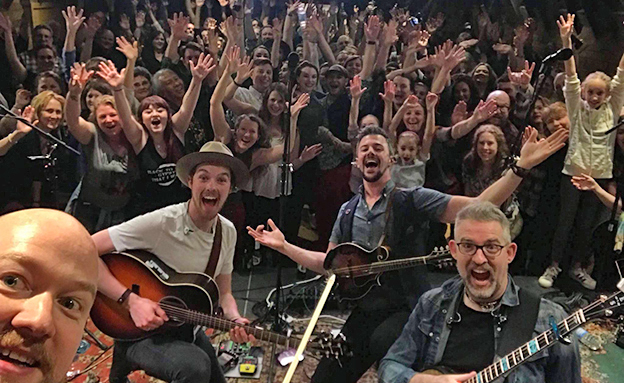 Time took its toll, and the structures fell into disrepair. The mansion burned to the ground in 1978, but the barns remained standing, waiting for their next purpose, their next life. They would wait nearly fifty years after Mr. Smithy’s generous gift, but thanks to the dedication and munificence of many folks at the heart of the project, the barns would live again.

But the project to build this gem could easily have never gotten off the ground. The project to convert the barns was complicated by the town’s requirement that construction couldn’t start until funding was raised. There was some doubt that the community could raise enough funds to renovate old agricultural-use buildings into a performing arts center. 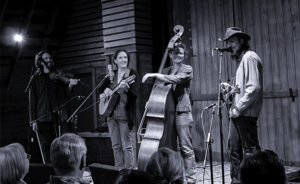 Berryville resident Diana Kincannon, who has a master’s degree in voice and performed professionally in the 1970s and ‘80s before transitioning to the business world, was asked to lead a capital campaign in 2004. Doubt was never on Kincannon’s checklist, and she and a small board of devoted, forward-thinking community members tackled the job at full speed. It took seven years to raise the funds to meet the town’s requirements, and Individual donations, both large and small (one was $5 a month), combined with a U.S. Housing and Urban Development community grant, a Virginia Department of Historical Resources grant, and another from the Virginian Department of Transportation, laid the foundation for construction of the Barns. Later funding also came in the form of grants and gifts from private foundations such as the James R. Wilkins Sr. Family Foundation and the Monford D. & Lucy L. Custer Foundation. The Winchester Star and Clarke Courier gave their support by providing comprehensive media coverage. Once funding was in place, the Berryville architectural firm of Carter+Burton and Winchester-based H&W Construction stepped in to launch the project.

Seven years of hard work and dedication have paid off, and the result is a stunning treasure. The two barns were combined into one expansive structure with every consideration given to acoustic engineering and modern amenities to accommodate concerts, art exhibits, films, workshops, and private events. But modern amenities and historic charm are not mutually exclusive. In its skillful restoration, the character of the barns was thoughtfully preserved. High, lofted ceilings with exposed timbers and reclaimed barn wood on interior walls are not only visually astounding, but provide acoustics appreciated by performers and audiences alike.

“The Great Hall of the Barns of Rose Hill is a superb listening room,” musician Ben Walters said of the venue’s superb clarity and sound quality. “When I go to listen, I know that I’ll be able to hang onto every note played.” Walters feels it is the best venue in the area for true music appreciators. “When I have played there, people go there to listen,” he added. “I know that the audience will hear everything I play, and will be paying attention.”

“The Barns of Rose Hill has the class of Wolf Trap, with the community feeling of Clarke County,” Walters said. “It’s very much a gem for the area.” 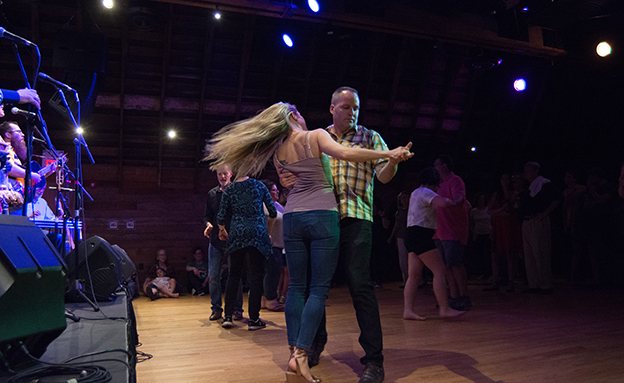 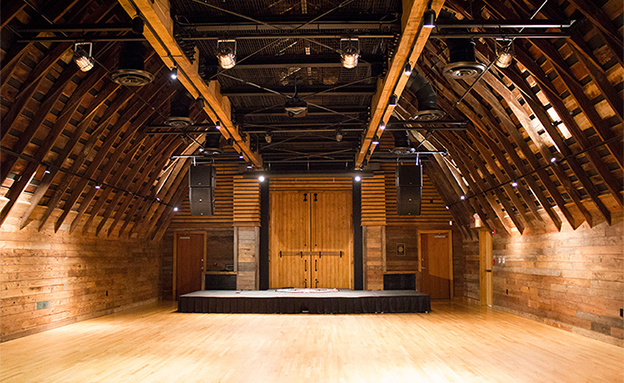 The Barns is governed by a diverse board of 12 community members who focus their interest and skills on the facility’s optimization as a local and regional treasure. Executive Director Sarah Ames, a Clarke County native with an extensive background in business and project management; Program Director Morgan Morrison, a professional musician and promoter; and Director of Operations Nathan Borger, who grew up in Berryville and is experienced in non-profit management, musical directing, and sound management, run its daily operations.

In a normal year, the Barns would draw more than 5,000 visitors to enjoy the diverse programs and events. Obviously, 2020 has been anything but a normal year. Concerns about COVID have business of all types rethinking what is practical, what is possible, and what is safe. The Barns of Rose Hill is no different. Online performances and partnerships with other venues such as nearby B-Chord Brewing Co. are part of the plan to find a path forward in today’s “new normal.”

The Barns of Rose Hill truly needs to be experienced in person, with all one’s senses, to be fully appreciated. But there is hope that lovers of music and the arts will support this wonderful venue, this gem, in any way possible for the time being. Donations and tickets to events now are like deposits paid for the promise of the future, of one day soon walking up the curved path to these historic barns with the joyous anticipation of smiling friends, the smell of wood, of bright instruments and clear, beautiful music waiting inside.