Virginia’s Historic Garden Week began in 1927 as a way for a local garden club to raise $7,000 to save trees planted by Thomas Jefferson. Today HGW spans throughout Virginia, opening houses and gardens from April 22–29.  All proceeds continue to benefit restoration and preservation for houses and gardens in Virginia.

Tickets (which are available online by clicking here) for the driving tour are $30 and are also available until noon on April 21 at Elmwood at Sparks, the Arts Center of Orange, and the Laurie Holladay Shop. Bag lunches by the Market at Grelen are available for $15, though orders must be placed by April 17. For more information, consult the downloadable guide by clicking here. 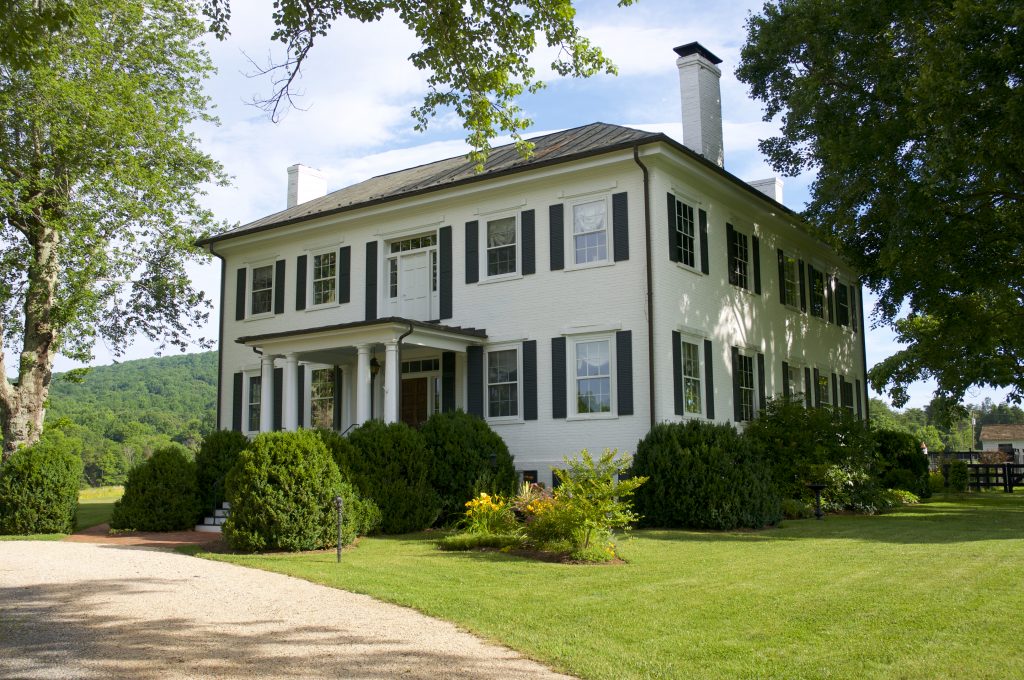 The house, a two-story building over an English basement with a hipped roof, is thought to have been built by the local master builder Major William A. Jennings (c.1844). Built on an L-shaped plan, the brick structure retains most of the original Greek Revival woodwork including the marbleized mantels. Painted to resemble real stone, this technique was popular in the mid-1800s. Noteworthy is the “maiden staircase” which prevented slaves from entering the front of the house; they had to enter through a door that led to the roof. False windows, apparent from the exterior, are placed to maintain symmetry. The property includes a slave cemetery and a civil war encampment. The current owners have worked to restore the landscape and create a wildlife and pollinator habitat through reforestation. Twenty acres of fallow fields were converted to wildflower and native, warm-season grass meadows. The surrounding area includes a peony and herbaceous border, a secret fountain garden, a formal boxwood-walled herb and tea garden, plus a Greek Revival chicken coop with vegetable and cutting gardens. The Passarellos are committed to preserving local native plant and vegetable varieties as well as keeping rare and North American Heritage breed chickens. Carla and Kevin Passarello, owners. (Parking available onsite) 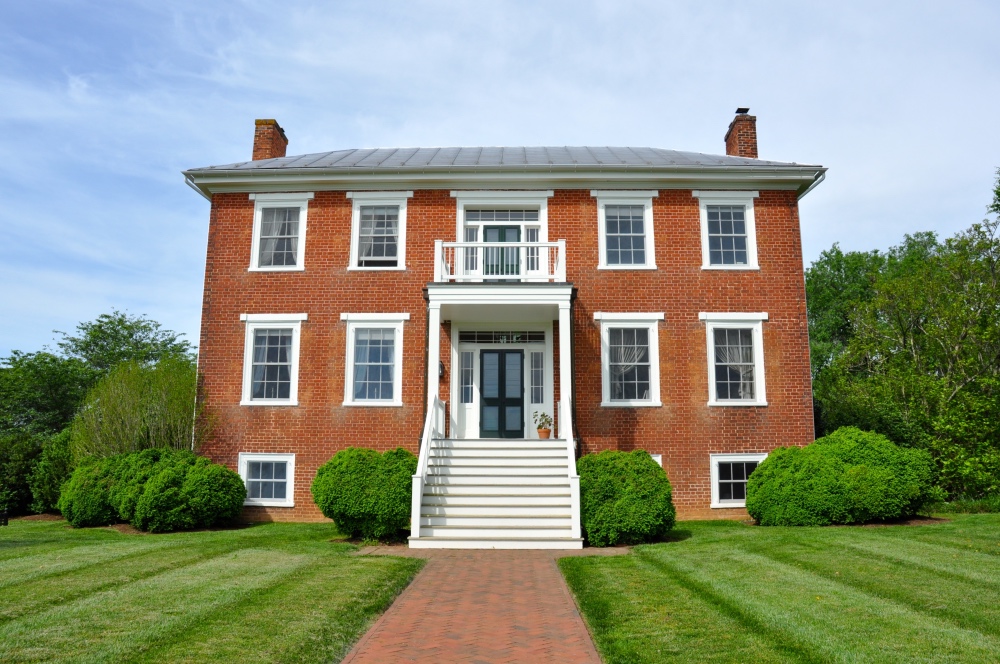 The original section is a brick house built in 1856 by Major William A. Jennings, who built many houses in the area. In this elegant structure, his own residence, Jennings constructed a commanding version of the Greek Revival style. Restored to his original floor plan, the rooms in this section are just as they were in the 19th century. Doors, glass, window molding and decorative carvings are intact. Of interest is the Jennings family graveyard located on the property. In 1998 the current owners commissioned William Ryall, a New York architect, to design a frame addition. The new wing is light-filled and airy, and complements the original house. Furnishings include family pieces, as well as a mix of English and American antiques. In the music room is a noteworthy Sheraton secretary that belonged to Mrs. Collins’ great-great-grandfather and a Steinway grand piano from the Manhattan townhouse of Mr. Collins’ great-grandfather, which was a Christmas present to his daughter in 1888. A portrait of Mrs. Collins’ great-great-great-grandmother hangs above the mantel in the dining room; three portraits of Mrs. Collins’ great-aunt show her as a child, as an 18-year-old, and as a Red Cross nurse in World War I. A charming playhouse on the grounds is furnished as a child’s kitchen. Charles J. Stick designed the garden viewed from the first-floor addition. James Collins and Virginia Donelson Collins, owners.  (Parking available onsite) 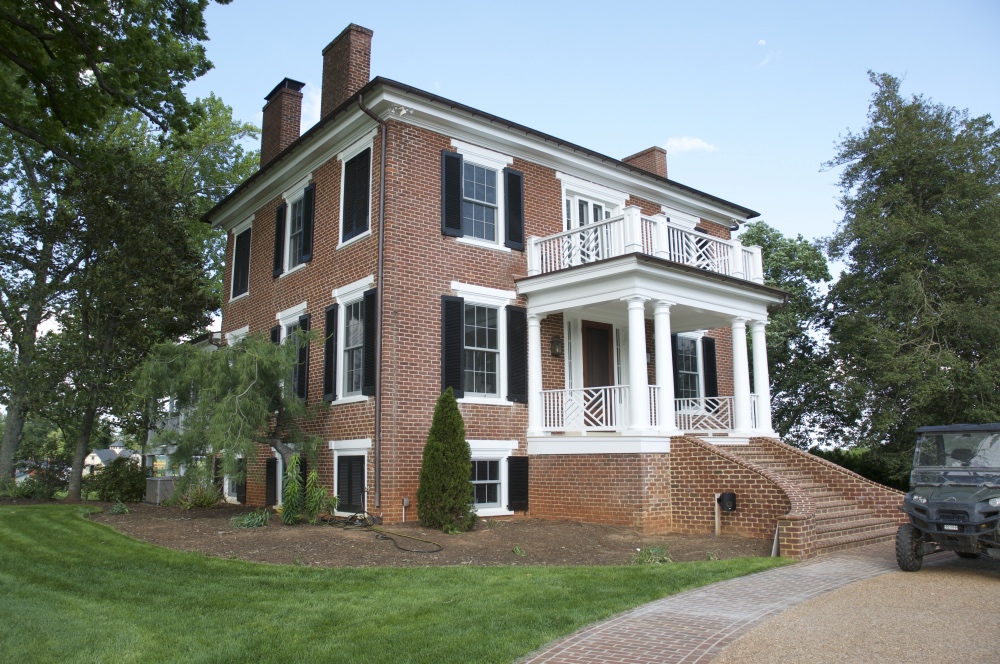 Built by William F. Brooking in 1852 and constructed by Jennings, this brick house is two stories over an English basement with two large rooms on each floor.  There is a hall and stairs running inside the front of the house. Closed shutters on the west side are false windows. This is similar to the design of Monteith in nearby Gordonsville and used to balance to the exterior. A front porch and frame expansion to the back of the home are 20th- and 21st-century additions. The kitchen was added by previous owners and renovated in 2011. The Millers added a high-tech media room in the English basement and updated many of the outbuildings on the property, including a guest house with an indoor/outdoor stone fireplace, a sunken garden and a garage with an office above it designed in the French Country style. They designed and constructed the chicken palace, too. A state-of-the-art horse barn is home to sport horses that are boarded and trained, as well as three thoroughbred rescue horses. Outside the main house is a brick oval patio surrounded by raised beds. Up the hill to the left is a deer-proof, raised-bed garden. Everything from from tomatoes, lettuces, raspberries, blackberries and beans are grown there organically. To the right is the field garden, which contains even more vegetables. The 243-acre property is in conservation easement and contains a new greenhouse. Barbara and David Miller, owners. (Parking available onsite) 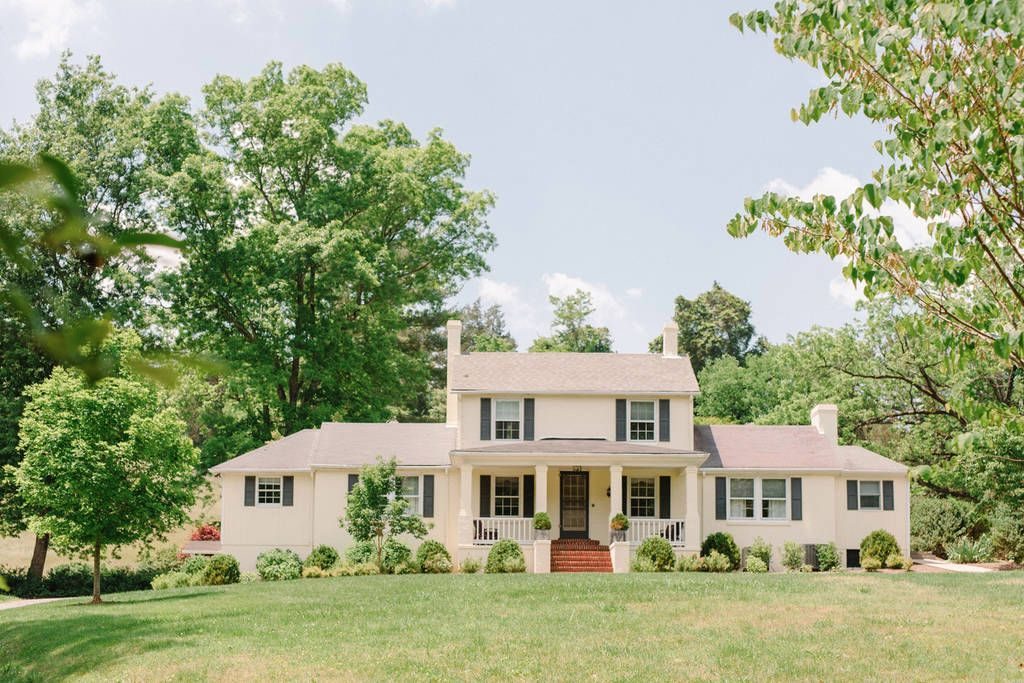 Set on an 11-acre property with a pond in front, the traditionally styled main house has been added onto multiple times but the exact date of construction is unknown. The original one-over-one (the current dining room and one of the upstairs bedrooms) is the oldest part of the house and probably dates to the late 1700s. The main house and cottage has eight bedrooms, seven full baths and numerous living spaces. Originally a single-family home, and later a B&B, the property was purchased by the owners of The Market At Grelen and renovated to be a farm rental for Grelen brides and others visiting the area. The interiors were re-designed by Leslie Gregg, co-owner of The Market. New bluestone and brick paving and natural fieldstone walls were added to enhance the yard. Overgrown boxwood around the foundation have been replaced with trees and shrubs to soften the house while not blocking its view from the road. The acer triflorum, or “Three-Flower Maple,” in front of house to left of front porch displays beautiful color in autumn. Dan and Leslie Gregg, owners. (Only accessible by shuttle departing from the Market at Grelen)

Set at Grelen’s 600-acre nursery with views of the Blue Ridge Mountains, The Market at Grelen is both a casual café and European-style garden shop with hiking trails and pick-your-own farm. The nursery was founded by Dan Gregg in 1991 and the market was added in 2013. Open on tour day until 4 p.m. 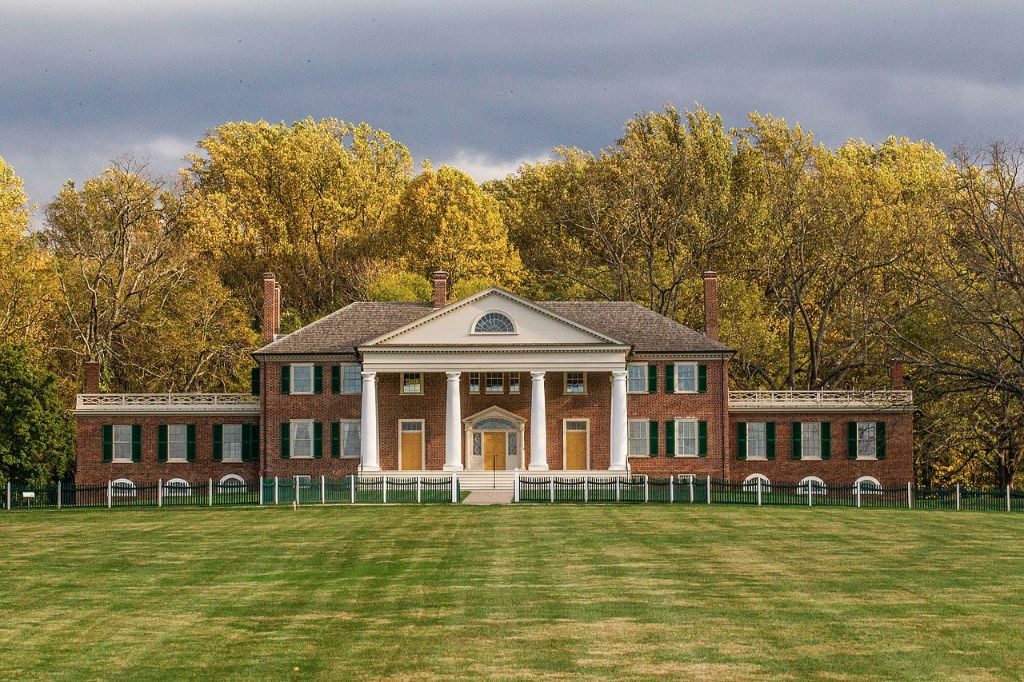 James Madison’s Montpelier, Rt. 20. Home of the fourth President of the United States, James Madison, and his wife, Dolley, the main house has undergone a nationally acclaimed restoration to its original 1820 design. Past Historic Garden Week proceeds have enabled the Garden Club of Virginia to assist in restoring the two-acre formal terraced Annie DuPont Garden. Visitors can explore the mansion, gardens, old-growth forest, current archaeological excavations and the Gilmore slave cabin.