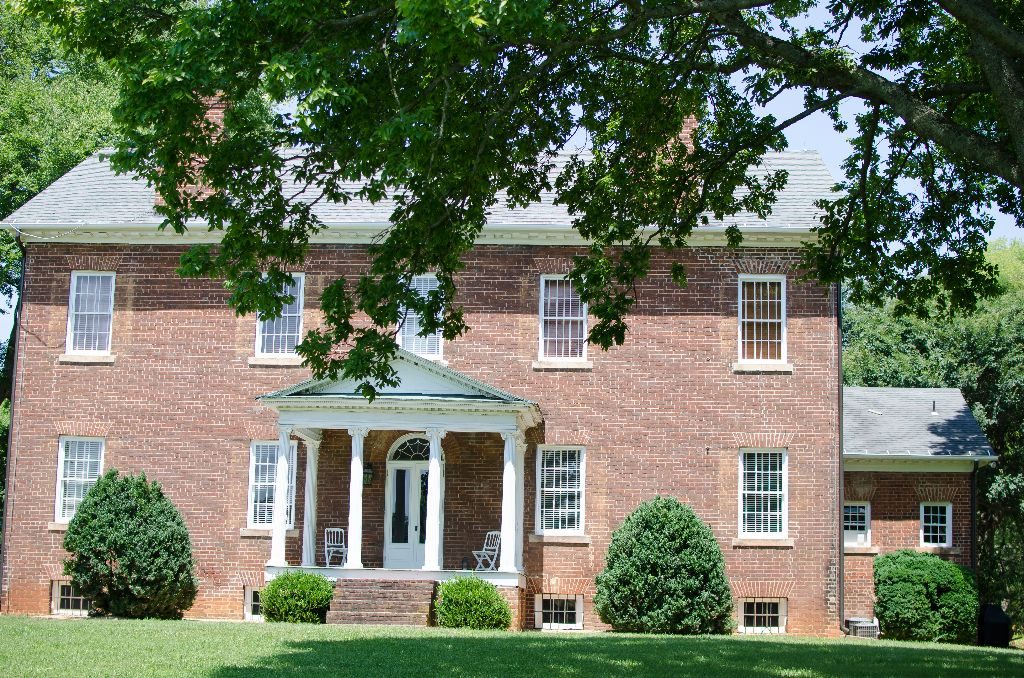 Earlier this week, the PV Advertising Director and myself had the privilege of taking a brief tour of one of the Piedmont’s finest and newest event and wedding venues—Presqu’Isle. When asked how to pronounce the name of this beautiful 19th century plantation, you’ll hear conflicting opinions.  But no matter your way of pronunciation, all are accepted. Because the reality is that once you see this beautiful property, the name will never escape you.

We drove through the gates, onto a pebble-stone driveway. It was as if we had entered a completely different era. We were first greeted by an old stone blacksmith shop. What an adorable part of history it now was—much different from the heat and hard labor that it once saw. Rounding up the drive, our faces lit up when we saw the overwhelming beauty of the main manor house. It had been preserved throughout the centuries, secluded away from civilization. It is the only way it had kept most of its southern charm and elegance. 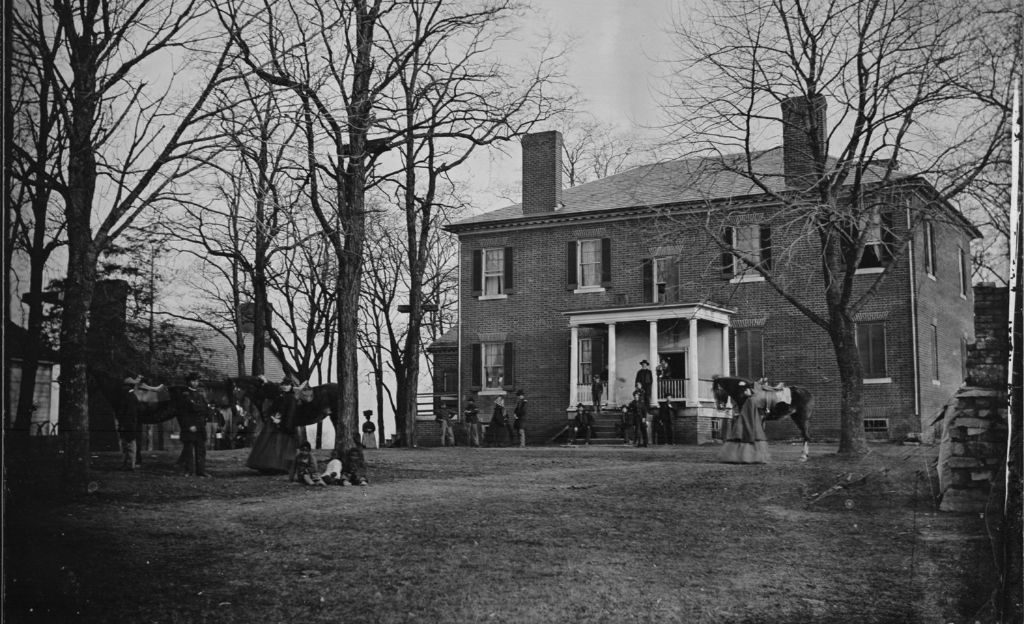 The property is rich in history. In fact, General Emory Upton held his encampment here during the winter of 1863/1864. While relentless fighting throughout the war came very close to the borders of the estate, Presqu’Isle was never officially part of the chaos.

As we continued up the driveway to what is now the front of the manor house, we were graciously greeted by owners Josh Millson-Martula and Aaron Mastin. The (now) front of the manor house served as the backside of the home where servants entered when the property was still a working plantation. The front side of the house faced one of the beautiful rivers it sits in-between, where boats would deliver guests and the plantation stewards. 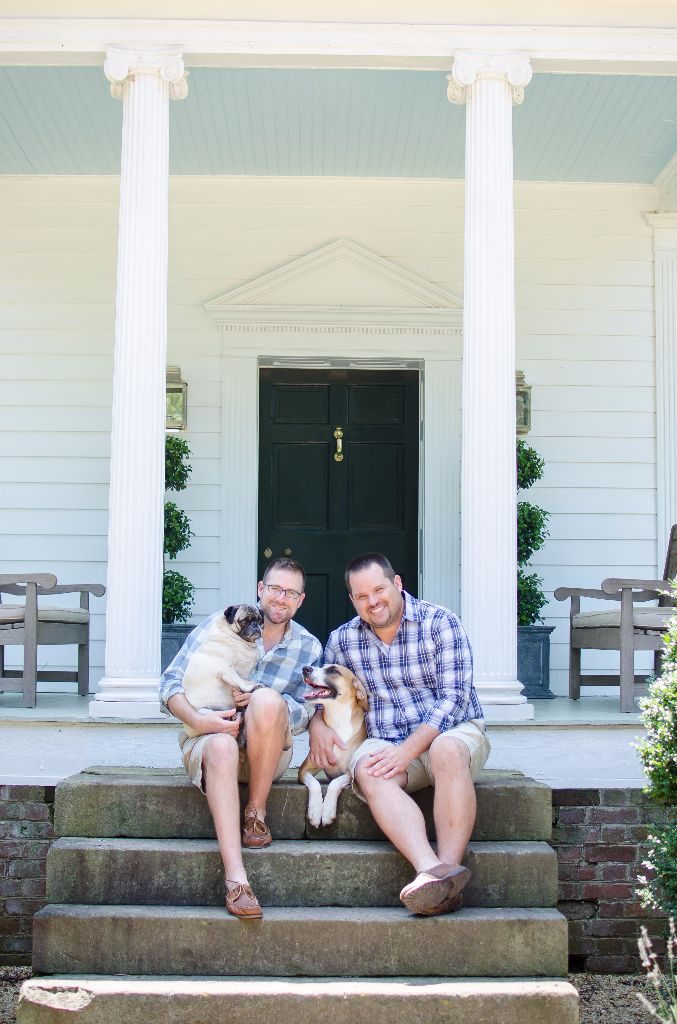 The amount of knowledge that Josh and Aaron have gained about the property since purchasing it over a year ago is to be commended, as it has not been easy to come by. Because the property has only shifted owners six times since 1909, it has retained most of its historical charm. However, this also means that documentation of the property is not in abundance since each steward was quite private. Josh and Aaron’s passion is unreserved and delightfully contagious. Presqu’Isle is receiving new life in such a beautiful way. And before we knew it, we were chatting it up as if we were right at home.

We also received a warm hello from the property hounds… 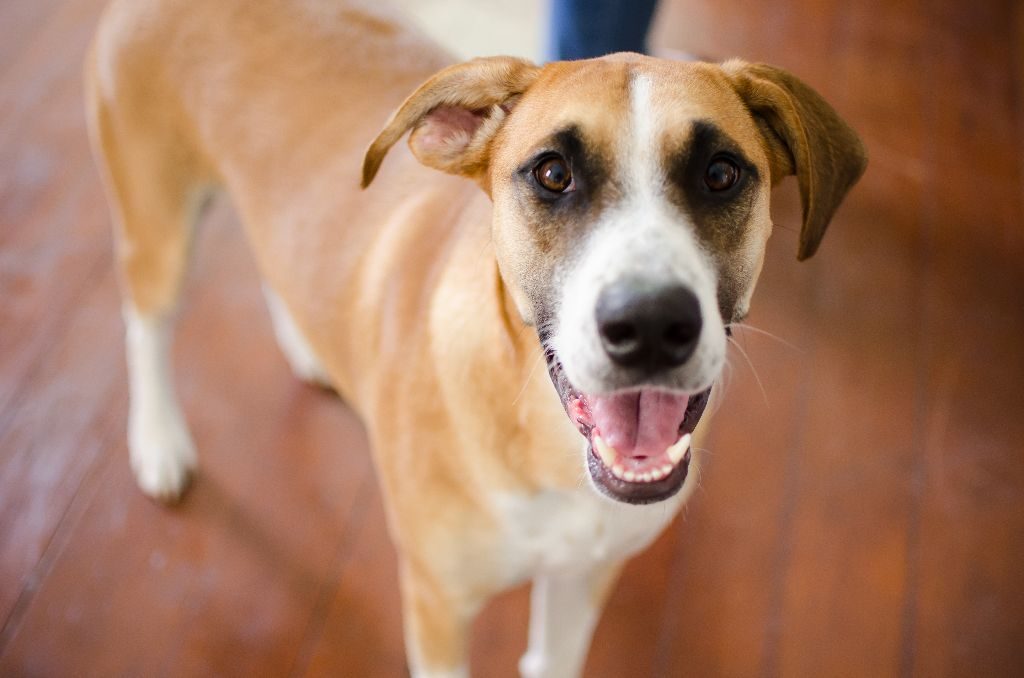 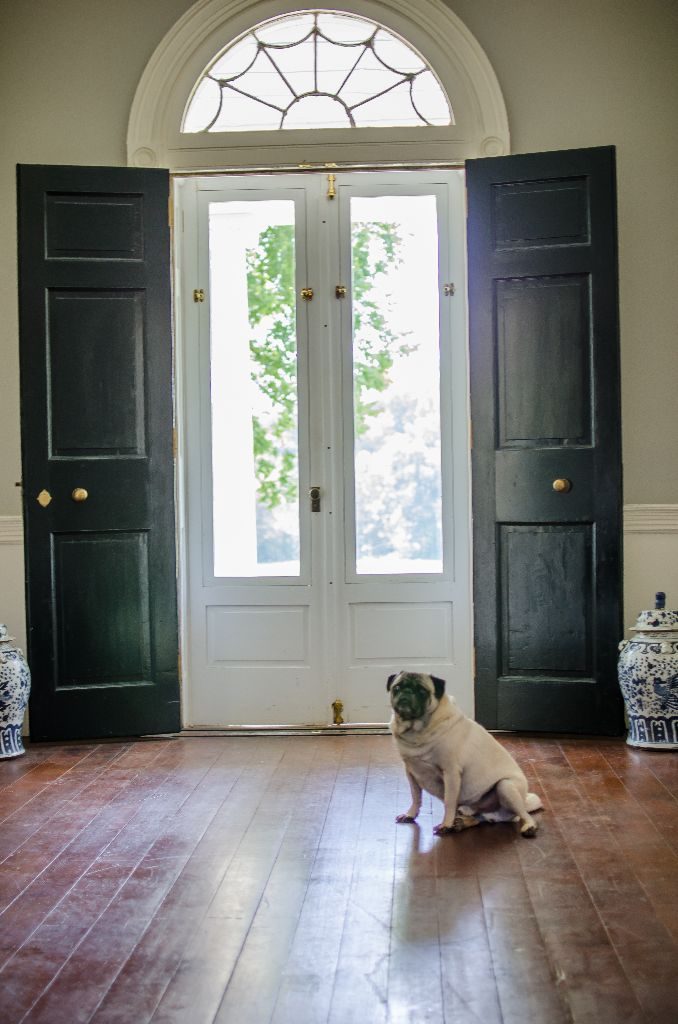 As a photographer, my mind instantaneously went to the beautiful architecture inside of the manor house. Old farmhouses are something I absolutely adore. While Josh and Aaron still have work to do on the property, the brick manor house—completed in 1815—has only a few details left to complete for this renovation. The hard wood floors are a deep rich color, and the ceilings are immaculately tall. Josh and Aaron hope to finish the other buildings quickly, and are currently working on the blacksmith shop, barn, and eventually the separate servants quarters—where bridal parties will be able to stay when they use the venue. 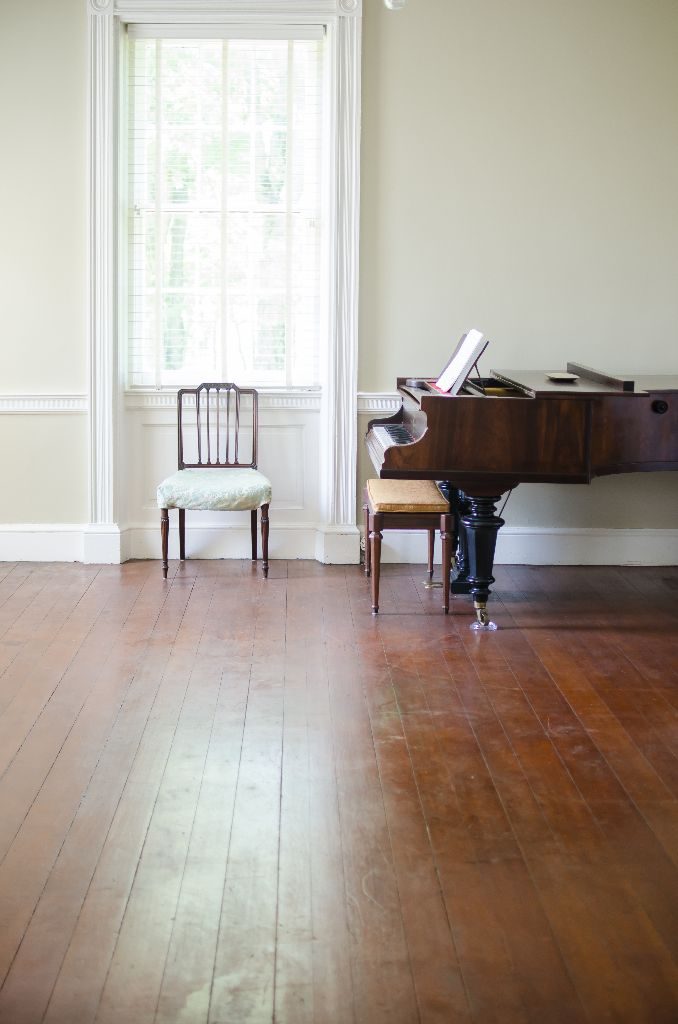 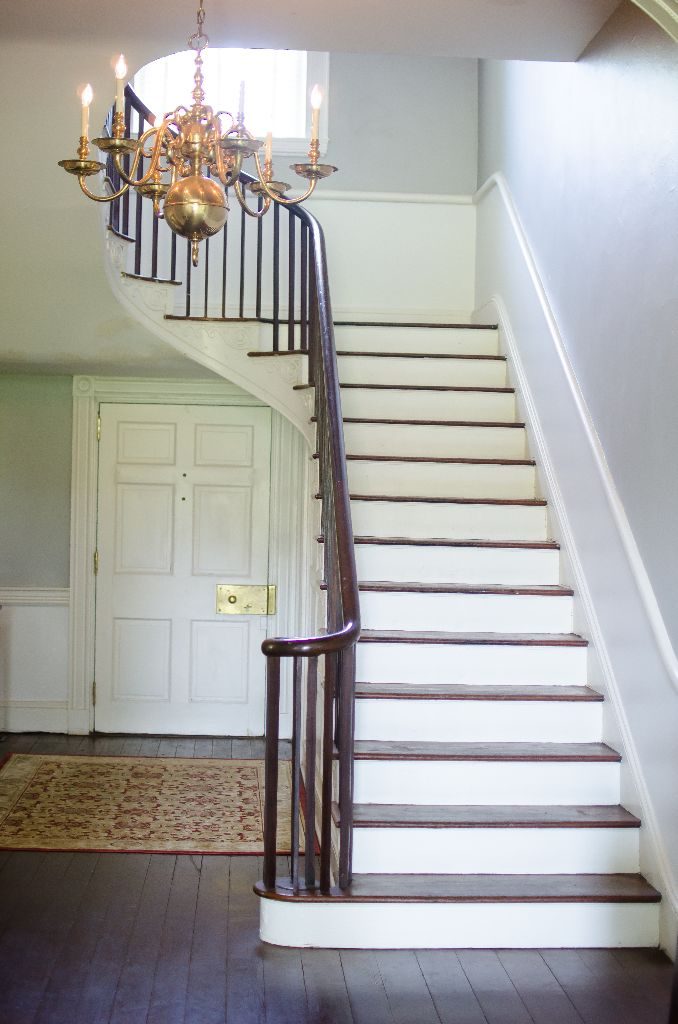 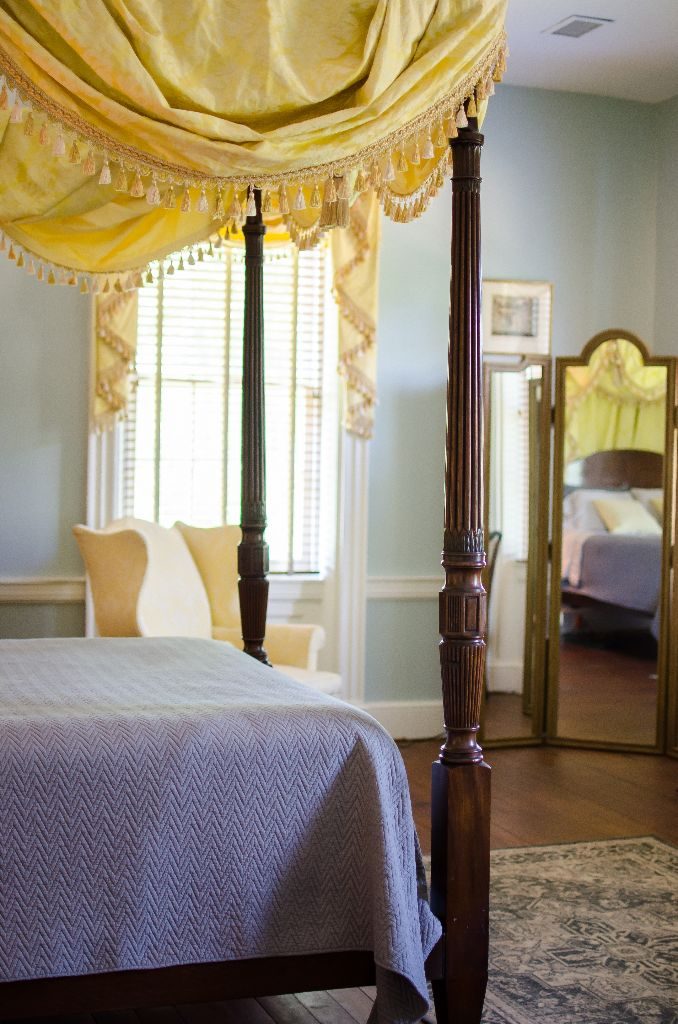 After a tour of the inside of the manor house, we took a brief tour of the buildings immediately surrounding the outside of the house. We were able to see just why Presqu’Isle means “almost an island” in French, as this beautiful property sits right in-between the Hazel and Rappahannock rivers.  While the plantation originally consisted of 16,000 acres, the property now only consists of a humble 130 acres, and is home to multiple different structures—some still standing and waiting for their makeover, and others beyond restoration. 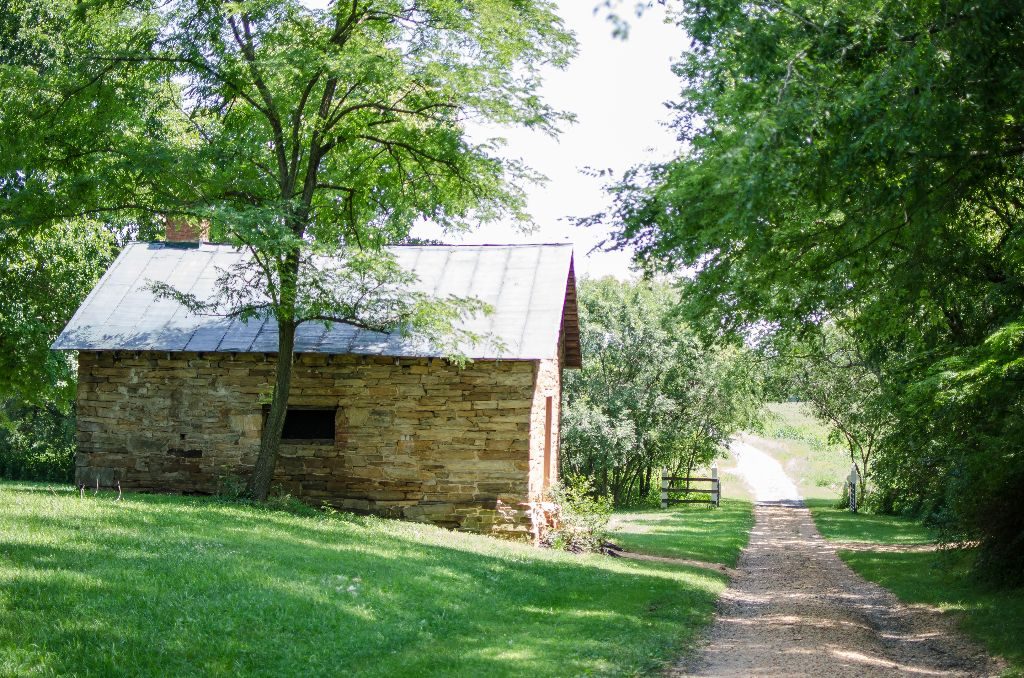 This beautiful historic estate is now booking events and weddings, and will be hosting a garden party for the community on Sunday August 21st, from 2-6 pm. Tickets are only $10 per person, or $15 for two tickets. You’ll enjoy this end of Summer celebration with refreshments, live music, lawn games and tours of the 19th-century manor home. Presqu’Isle is located in Remington, VA on Fox Groves Road.

Be sure to look for a more in-depth article and photos of the property and finished renovations in our May/June 2017 issue! 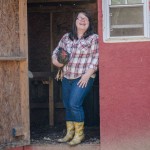